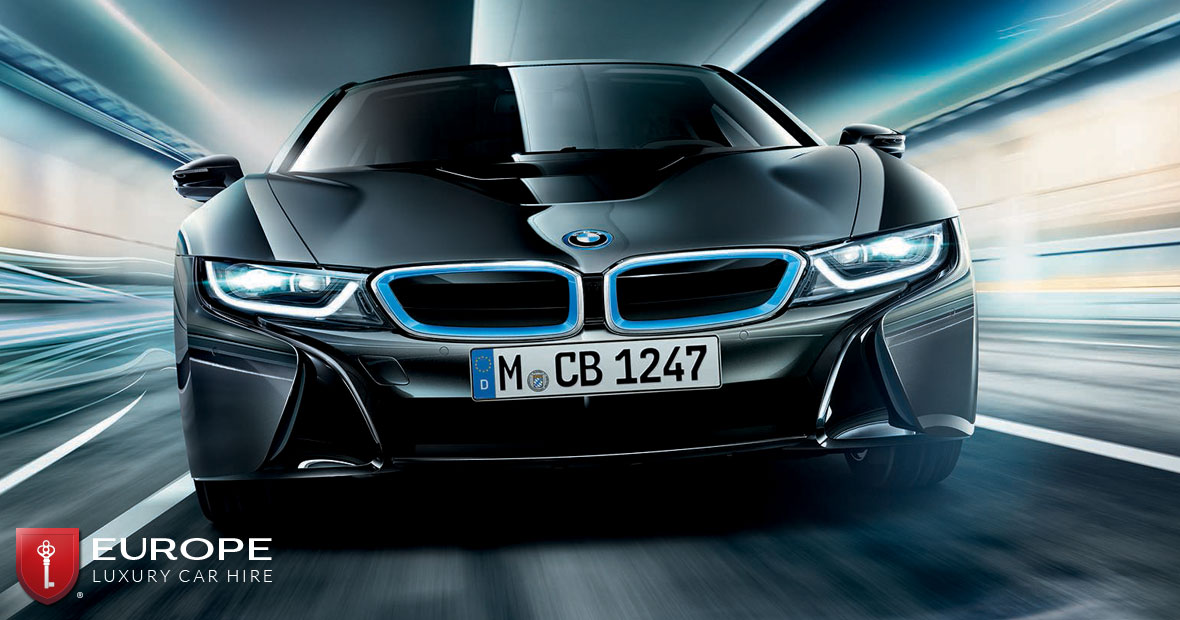 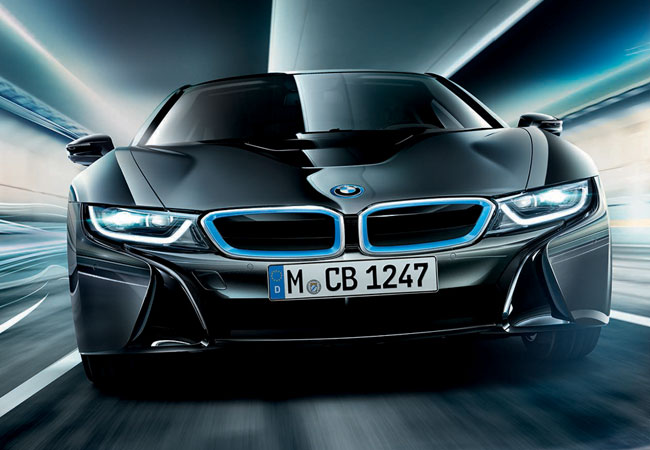 Dr Jekyll and Mr Hyde: The Dual Personalities of the BMW і8

The strange case of the BMW i8 is well documented and highly thrilling. In the shadows of the London underworld I had direct exposure to the dual personality of this supercar. An experience from which I think it is fair to say that this is a car exhibiting all the symptoms of a split personality disorder. A disorder shared by the infamous Dr Jekyll and Mr Hyde who coincidentally prowled the same streets of London as I did.

The dual personality of the i8 is ingrained into its hybrid blueprint. The exceptional state-of-the-art mechanical engineering operates with both virtuous and yet sinister elements. From its environmentally friendly and morally upstanding electric motor, the i8 does not exude an ounce of carbon emissions. Yet its more sinister side, the seemingly inconspicuous 1.5 liter 3 cylinder petrol engine, is the source of evil behind the i8’s outrageous roar and frightening speeds.

Unlike the original Dr Jekyll, who was able to mask his devious side for months and even years on end, the BMW i8 fails miserably in concealing the veracity of its heady speeds in its appearance. On first glance the i8 immediately gives the impression of being a fast car, managing to look fast even whilst standing still. Designed with a long wheelbase and short overhangs, it resembles a prowling leopard about to leap forward, as the car’s center of gravity crouches low on the road. Styled to enhance its aerodynamics, from the bonnet a V-shaped ‘black belt’ is dynamically wrapped around the bodyshell to the rear, effectively giving the implication of speed. 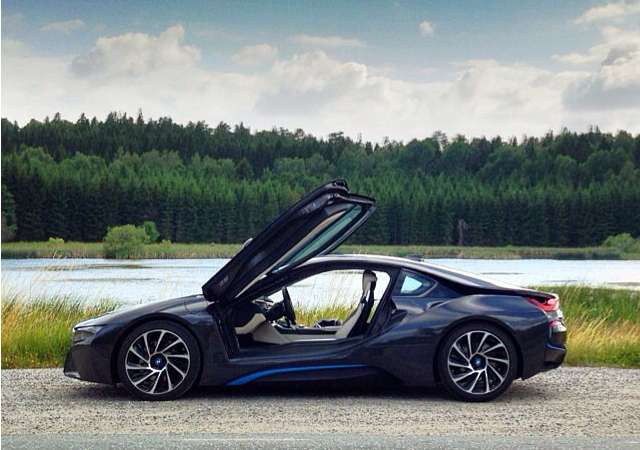 Bad to the Bone

At times it’s a reckless case of Mr Hyde utterly unrestrained and under the full gaze of the public. Willfully allowing the jealousy of onlookers to run rampant, ambushing any virtuous soul, and filling it with an unmet covetous desire. It does these terrible things with its narrow LED headlights, smooth curves, sweeping buttresses and Dihedral doors that are hinged to the A pillars and look utterly futuristic when opened. Yet it is with these same back-to-the-future-fantasy type doors that you are knocked head first (literally) into the i8’s impracticality. Getting out of the car is a rather clumsy and awkward affair, not to mention finding a car park that will let you swing out these beautiful butterfly doors. 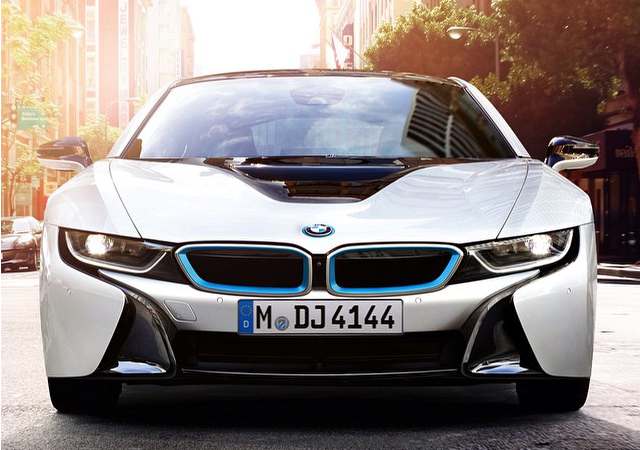 A drive in the BMW i8, succeeds in leaving a positive impression on you, despite having to overcome its audacious looks and hurling over the carbon fiber sill (about 2cm off the ground) you are met with the quiet and ensuring security of the electric motor. The 129 hp electric motor sits between the front wheels, delivering a steady 184 pounds of torque that will allow you to travel at no more than 120 km/h. Sensible and clear thinking, it gets you through London’s dense peak hour traffic without dumping any carbon dioxide on our fragile stratosphere. The exemplary model of good behaviour. 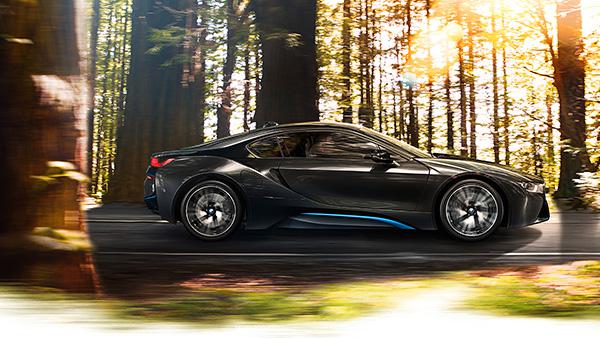 A Ride to the Dark Side

Yet as we move out of London’s dense traffic and pick up speed on the city’s outskirts, cracks within the car’s moral fibre begin to tear. The i8 is highly limited on its pure electric motor, that will peter out after only 37 kilometers. On the highway you’re forced to cross over to the dark side as you slip the gear into the Sports mode. The Sports mode activates the seemingly unassuming 3 cylinder petrol engine that drives the rear axle. However its interaction with the lithium-ion battery pack that sits between the seats in the carbon fiber structure triggers an additional 11 hp in the EV motor, possessed as if reincarnated, it lights up. The combined effect of this extensive powertrain is a ghastly 357 bhp, that delivers 570 Nm of torque. The sense of security earlier felt is thrown to the wind as this supercar sprints from 0-100 in 4.4 seconds and onto mind dizzying speeds of 249 km/h. To make matters worse, a launch control start is possible where the i8 will shoot to 100 km.h in 3.6 seconds. 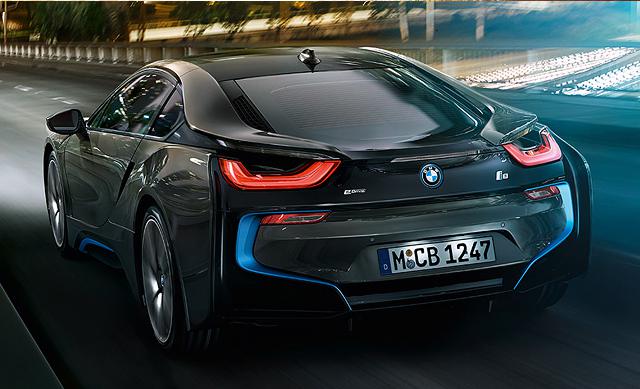 Despite these audacious figures, I think it is conceivable that the noble Dr Jekyll really lies at the heart and core of the villainous Mr Hyde. By this I mean that it is possible to overlook its daring appearance, voracious roars and perhaps even life endangering speeds when you consider that this is a supercar, with a petroleum engine the same size of that in the Mini Cooper. Perhaps it is excusable when you consider that this is a supercar capable of committing the most daring of speeds, and it does so with a maximum carbon emissions output of 49g per km, a record previously unheard of for a supercar.

Or, perhaps, the villainous side of the i8 can be overlooked because it ultimately feels so good, to be bad.