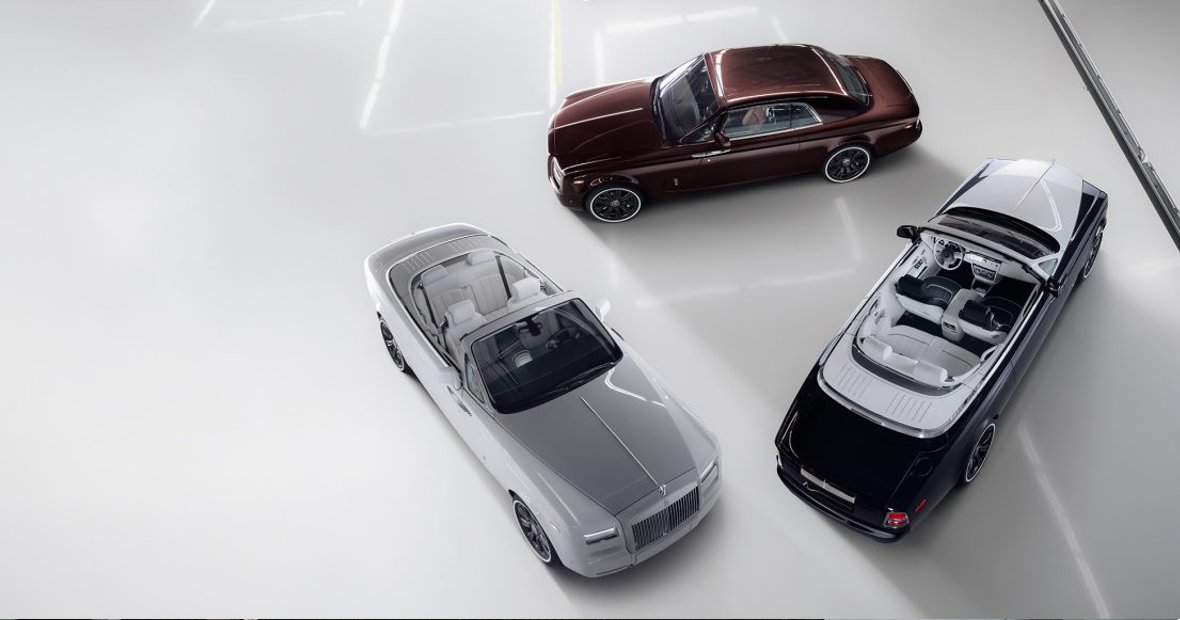 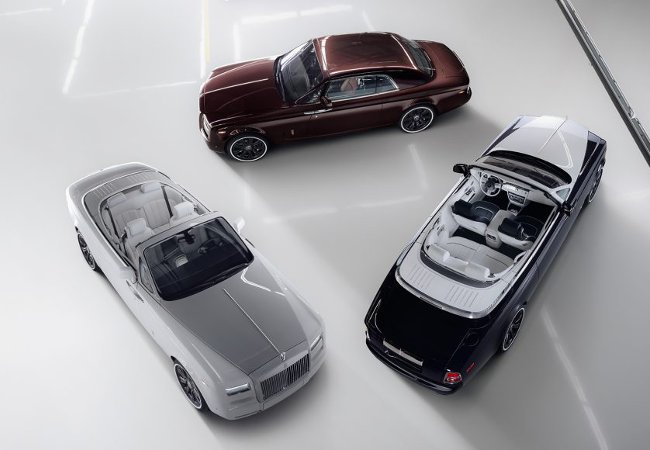 The Rolls-Royce of Choice

There is no question that the Rolls Royce is a prestigious luxury car that is intended for the rich, I take that back, the very, very rich. Some half a century ago, David Oglivy, the recognised father of advertising, proclaimed that “at 60 miles an hour, the loudest noise in [his] Rolls-Royce comes from the electric clock.” That’s quite an accomplishment when you consider that the mobile combustion engine was barely off the production line for many other car brands.

The individual models of the Phantom, the Ghost and the Wraith, that each bear the same prestigious chrome edifice of the “Spirit of Ecstasy” that is launching forward at the tip of their bonnets, appear to hold as much exclusivity as the next. We therefore ask our previous clients of these executive cars why they chose to rent their preferred model of Rolls Royce?

I always like to go with the Wraith, it has all the luxury that you could expect from a Rolls Royce vehicle, but it's sporty, packed with impressive technology features and I think it’s a car more for my generation. To be honest I like that it’s a big stately car, that makes an even bigger impression. Even here in Berlin, where people see luxury everyday, when I drive the Wraith about town it always gets many appreciative glances. I’m not gonna lie, that’s a big part of the excitement when you’re driving an RR.

Impressively, even despite its grand proportions, the Wraith which is built with a V12 engine and produces an output of 624 bhp, is able to race to 100 km/h in an incredible 4.4 seconds, I love the grandiosity of it all. Because of the car’s handling finesse, it is most certainly a car to be self driven. I know the RR brand and the chauffeur service go hand in hand, but the Wraith is the exception that makes the rule. I swear, one drive behind the wheel, and you’ll be hooked too! 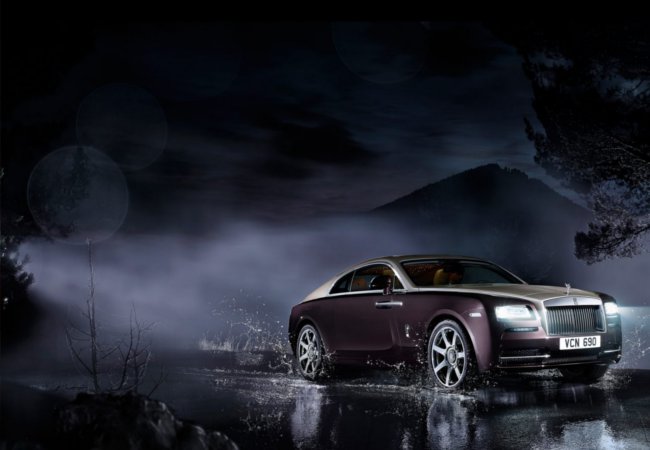 I definitely like the Rolls Royce Wraith the most because of all its really innovative features. To begin with there is an inbuilt owner’s manual, so if you forget the function of an icon on the dashboard, you are able to toggle the icon onto the screen and it will demonstrate to you what the function is for and how it is used with video demonstrations. Other features allow you to plug in your phone and have your emails read out to you by the car. I mean really, we’re talking about something else, completely unique in terms of technological excellence. Using satellite transmission, the Wraith is able to choose which gear is best for you to drive in at any given time. The GPS identifies what type of terrain you will be driving on, so if you’re driving on a windy road and can’t see much of the path ahead of you, the Wraith will be able to identify and adjust both the gear and the air suspension in advance. For that reason, I believe, it’s been tagged “the magic carpet ride”.

More recently I’ve heard about the Starlight Headliner where they put thousands of fiber optic lights into the car’s ceiling, so it looks like a starry night sky. Absolutely sensational, each model is made entirely unique so different star constellations can be put in. That’s what I’m looking forward to next time I rent the Wraith, which all going well shouldn’t be too far off from now. 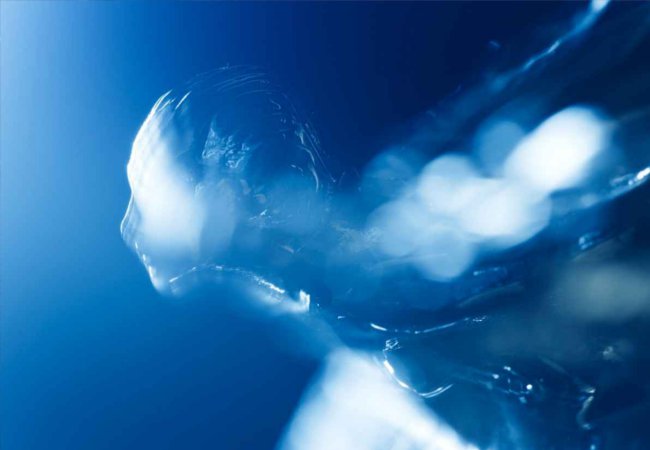 Out of all the RR models, I have to admit I enjoy hiring the Phantom the most.  The Phantom is such an incredibly comfortable car that when I have to do long traveling tours on the road, I have actually stopped considering other options because I know that they’re just not going to be as comfortable. The Phantom is a saloon, that is typically hired with a chauffeur, so while the chauffeur takes on the gruelling hassle of traffic and getting through different road conditions, the Phantom is designed to give you a closed off feeling of peace and tranquility.  The cabin compartment is beautifully appointed with quality upholstered materials and leathers, it’s also wonderfully spacious so you can spread out over a long journey. With the Phantom’s excellent air suspension and handling, you just don’t feel the bumps in the road. The Phantom, is really all about the quiet calm and serenity of a drive. It’s really a piece of moving art. 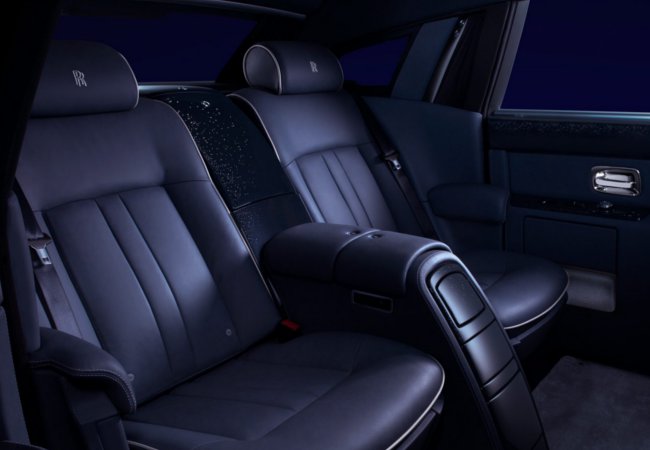 Without a shadow of doubt my loyalties go with the Ghost. This car is really exceptional and there are just a lot of things that I really love about it. From having driven it numerous times, I think it’s a Rolls Royce that should be self driven, letting someone else drive it for you will deprive you of half the fun. It’s also not the car that you would choose for business, but rather for pleasure, for that long weekend retreat into the countryside. Just a glimpse of some of the Ghost’s luxury features include grade A leather upholstering, with hides from northern Germany and technology features that go a long way to enhance the pleasure of the drive. Another thing about the Ghost is that it somehow manages to pull off being exceptionally powerful and restrained simultaneously. Constructed with a 6.6 liter twin turbo V12 engine, the force of power on acceleration can easily get your heart beat racing, but at the same time its handling is so precise and exacting. At every stage of the way you feel in total control, in fact at every stage of the way, the Ghost makes you feel like you’re king of the world! 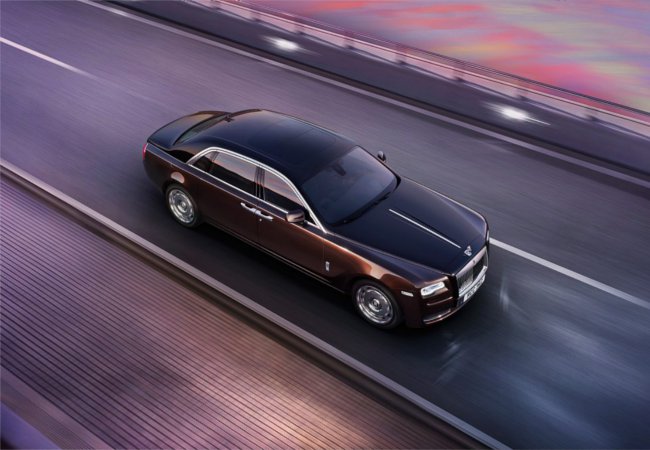 With an equivalent cost of a sizeable mortgage, a Rolls Royce of any model, may well be out of the grasp for most of us. However, it’s not just many glittering gold coins that will get you an RR, but the company has been known to do identity checks on potential clients. Not by checking their account balances, it is assumed customers have the cash, but rather checks on their reputation, standing within the community and most certainly whether they have a criminal record. In fact, Rolls Royce has been known for rejecting more than one potential customer because their personal records just didn’t stand up tall enough. So in the case like most of us, where you just don’t have the name, let alone the cash, there is always the option of renting an RR model. This gives you access to all of these automotive pleasures - wonderfully unanimous.