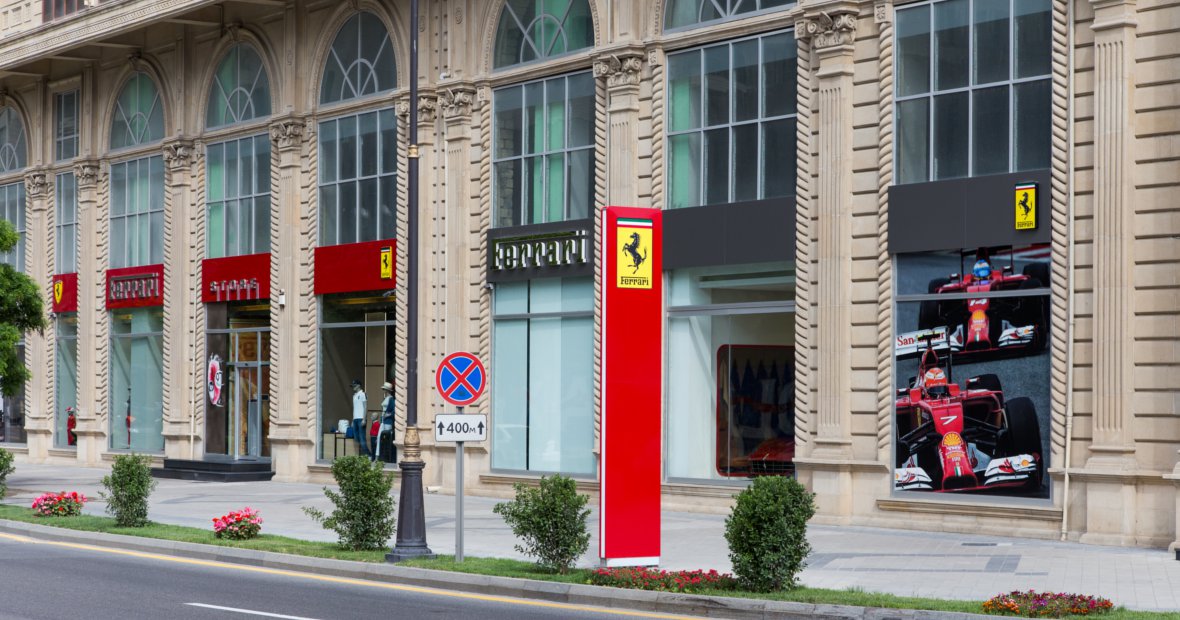 Car Boutiques: Dressed by the Best

While the idea of “men’s fashion” seems an oxymoron for most men I know, I dare say, it still has come a long way from its earlier days, where the term ‘humble’ would be an overstatement. I think more accurately it may have been a hungover-and-fresh-out-of-bed look that most men appeared to be going for.

The good news is that over the past few decades the modern metrosexual has directly seen to this evolution of the male form. With some high end fashion brands catering exclusively to male apparel such as John Elliott, Thom Browne, Off White and the Scandinavian Our Legacy. All with much appreciated results (at least from my end).

Adding to this improvement in the men’s fashion world is the trend for prestigious luxury cars to open flagship stores that sell high end fashion wear, accessories, watches and collectibles. Sporting styles that are masculine, athletic and tied into the image of their favourite sports cars, the designers appear to be doing well pitching their woven threads to the tastes of men. Getting my unconditional nod of approval, I take a look at our top 3 Italian marques of Ferrari, Lamborghini and Maserati to see what sort of haute couture they have on offer. 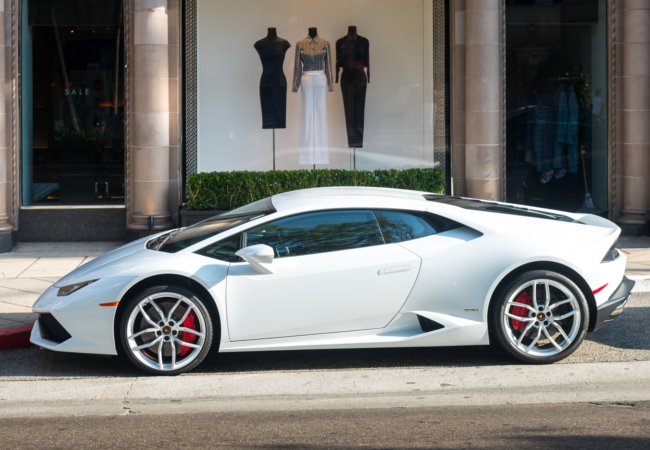 Who doesn’t love a Ferrari, and for that matter who doesn’t love a Scuderia Ferrari Taranis Fountain Pen? Not only offering the latest in men’s fashion styles, the Ferrari Store also sells apparel for women and children. (Finally mum, dad and the kids can now all attend the F1 wearing the same polo t-shirt. Awesome!)

There are 5 different fashion collections. The Scuderia and Cavallino are the two largest with a range of accessories in which I found a pair of Ferrari Cavallino Rampante "Wingnut" Cufflinks selling for €302. While the Scuderia range included cotton chenille red baby rompers at €66 and embroidered booktype universal phone covers for a rather reasonable €36.

The Ferrari store had a something-for-everyone-and-every-occasion appeal. Despite my ostensible mission of exploring the world of men’s fashion, I stole a few moments for myself to try on a leather bomber jacket in camel brown. Granted, it was not my usual style, which is just as well considering the €1,199 price tag, but I have to admit I still quite liked the look of the perforated and smooth leathers. For my special beau friends my purchase was the Ferrari 488 Spider wallet, a genuine hand crafted leather wallet with a strikingly blue lining.leatherjacket/

I chose to hire the Aventador LP 700-4 to arrive at the Lamborghini store, which fortunately proved to offer an inspiring array of options. Particular thanks ought to go to a strapping young gentleman named Luigi, who with his shock of thick blond hair, turns out had a lesson or two to teach me in the world of men’s threads. Firstly he advised, don’t shop by item, but shop by look. So, rather than trailing through racks for singular items that may not fit with your existing wardrobe, if you are going to go all out anyway and by that quality tailored look, you’re better off buying an entire outfit that was designed to go together.

Sounds expensive? Well, the hell it was! But that doesn’t mean I couldn’t just take a look. For starters he introduced the more casual Vintage Miura Look, a combination of a Lamborghini Sheepskin jacket, a grey sports Miura 50th anniversary t-shirt, a matching pair of chino jeans and of course the soft brown leather gloves. An outfit that altogether came to €1,568. When you consider that it is still a lot cheaper than a million dollar Lamborghini, it begins to seem quite justifiable.

The second lesson from Luigi is that if people are going to stare, you might as well make it worth their while. With that sentiment in mind he took out the Lamborghini Details Look. A combination that included a light padded jacket with Lamborghini stitching over the heart, a white collar shirt, a wool y-pattern sweater and a pair of dark denim jeans. Altogether a much more reasonable outfit that came in at €1,013 - a veritable bargain for the chance to be a Lamborghini poster boy.

Also conveniently located in Modena, my next spree was in the Ghibli rental for a visit to the Maserati store. The collection included apparel, accessories, watches, home and office, collectibles and shoes. All beautifully presented, my choice preferences went to the Epoca watch which is said to be inspired by the design of the Maserati 3500 GT of 1957. Well I don’t quite see a resemblance personally, but I did like the silver and white colour tones and the Maserati trident on the face. From the Maserati Classiche Collection I found a rather stylish red button down plush jacket that had nice embroidered detail. 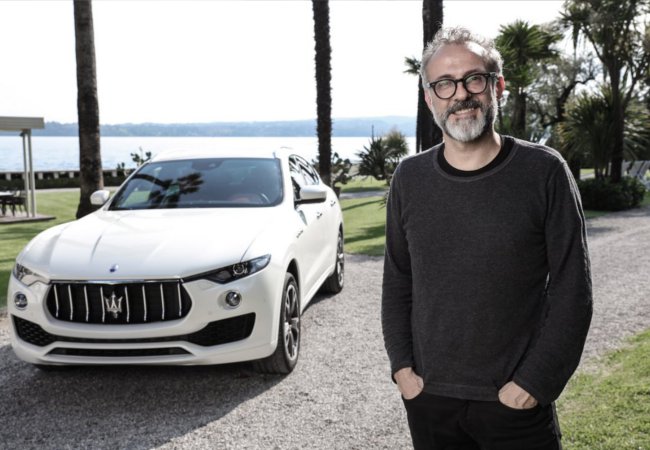 As much as I wanted to buy this royal red sweater, I was wondering whether my boyfriend would ever wear this? I mean while I like to tell my friends that he goes for the shabby chic look, in truth he keeps it at just shabby. So I tried to focus in, telling myself to “be Justin, be Justin” and that’s when i found my winner, a pair of Dr Martens inspired high shoes with laces all the way up the soft brown and gold colour tone and the Maserati trident sported on the side. Not coming in cheap at €230.00, hopefully it will make him look a little bit more presentable for me to introduce him to my friends.