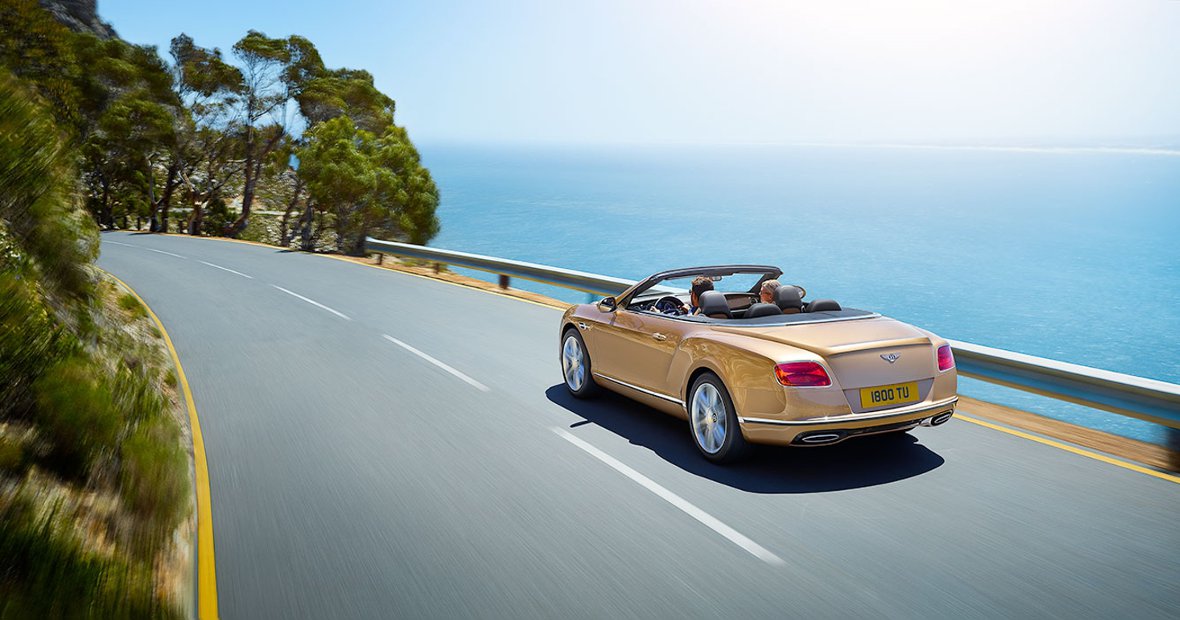 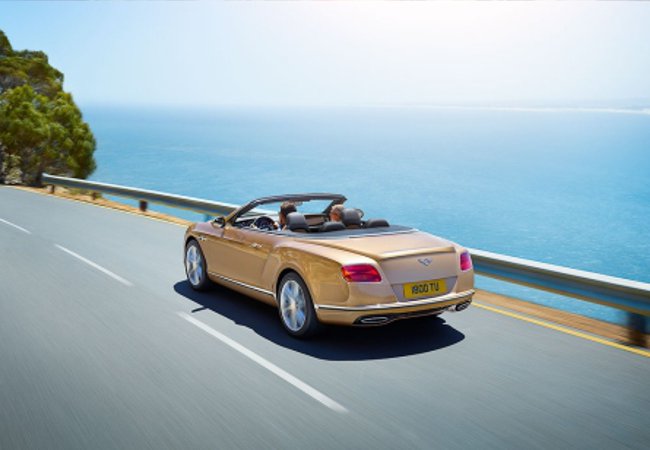 From Cannes to Florence in a Bentley

“Don’t think. It complicates things. Just feel, and if it feels like home, then follow its path” -R.M Drake

With this thought in mind I took to the road to have the journey of a lifetime, an item on the bucket list that I was dedicated to finally ticking off. My journey starts in the beautiful star studded city of Cannes, the mecca of the movie world and home of fantasy-come-to-life. My plan was to hire a striking and imagination captivating convertible and drive along the French Riviera cross the border into Italy to continue my drive along the Ligurian coast and finally conclude in the crowning renaissance city of Florence. This journey was to be about embracing that side of my character that I had always wanted to explore, one that was open to new experiences, surrounding myself in life’s finer comforts and appreciating the detail that goes into the majesty of luxury. Elegance, I was about to learn, is not a preference of style, but a way of being.

With all the air of casual sophistication, cozy elegance and laid-back luxury I drove with an unparalleled sense of freedom in an open top, Bentley Continental GTC whipping the breeze in every stride and turn. My plan was to take this road trip in two parts; the first commencing in Cannes and visiting each of those French jewels of Antibes, St. Paul de Vence, Jean Cap Ferrat and then Monaco that each lie on the string of the sunshine splashed Riviera coastline. The second part was then to cross over the Italian border to cruise along Liguria’s Riviera di Ponente and then the  Riviera di Levante, passing the glamour drenched marina towns of Portofino, Santa Margherita Ligure, Camogli, and Rapallo, before heading inland to conclude in Florence. The Bentley took to the occasion with impeccable fashion, indeed as if destined for the drive. As far as that bucket list goes, I think i might just be ready to die, but i just doubt heaven will be able to compete. 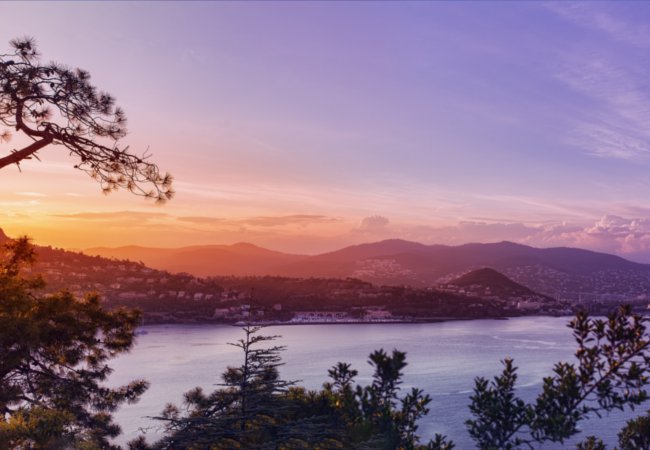 With its exotic edge on luxury it is hard to believe Cannes wasn’t always glamorous, but rather has humble origins as a poor fishing village. In the manner of the true rags to riches story, Cannes today boldly enters the scene as the Riviera’s most glamorous beachfront resort, boasting high-end restaurants and hotels, bejeweled in luxury boutiques and hosting a perpetually vibrant nightlife.

Upon igniting the monstrous engine of the Continental GTC my first port of call was along the iconic Promenade de la Croisette where the people perving is always a pleasure. Like kindred spirits, Cannes has an uncanny ability to attract the world’s most beautiful and elegant or failing that, rich, to its well manicured shores. As I cruise along La Croisette and turn into the boutique shop fronts of Rue d’Antibes, there is excellent viewing on offer, as it is the ultimate chance to see as much as be seen. My evening dinner engagement was with a friend at Palme d’Or, a highly exclusive restaurant located on the first floor of the Hotel Martinez. The only 2 star Michelin restaurant in Cannes, I partook of the Dublin Bay Prawn which was juicy and seasoned in a sequilles sauce. Delicately served it left its imprint on the palette. 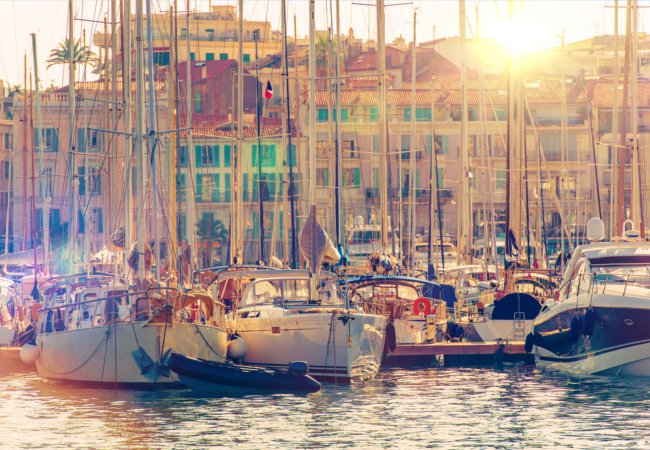 In the manner of James Bond type suave I cruised into the hyper trendy seaside town of Antibes. Characterised by its yacht-crowded port, charming cobblestone streets laced with flowerpots and grape vines, it is the quintessential Mediterranean seaside town. For the last of the Riviera’s towns to become commercialised and developed, Antibes natural and authentic charm was wondrously captured by artists in the likes of Picasso, Max Ernst and Nicolas de Staël who were each captivated by the natural beauty of the area and the play of sunlight upon the wild terrain. But following suit, Antibes succumbed to the splendor of commercialization in true belle epoque manner. Bearing its skin in-barely-there swimsuits and launching a legacy of hosting sizzling nights out.

In the tradition of Antibes my time in the town was spent sipping a morning latte and polishing off a pain au chocolat under a white beach umbrella, watching the fresh rays of soft sunlight dancing upon the shores. I followed along the classic Antibes painters’ trail, that enveloped me into the scenic world of some of France’s greatest artists such as Monet and Baudin. Afterwards I meandered through the many ancient Roman relics and fortifications that were built by the medieval kings of France. The remains of which fill every sensation of mystery with their distinctive insignia and ramparts. 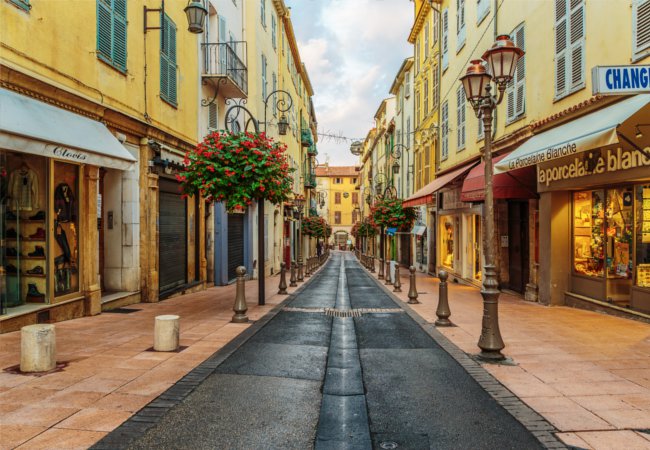 Nice, home of the romantic sunset beach stroll is filled with an enticing combination of old world elegance, inner-city grit, endless sunshine and exquisite views over the mediterranean sea. After a drive along the legendary Promenade des Anglais and a scrumptious lunch at a cafe on the Cours Saleya in Vieux Nice, I was more than ready to take on the local culture of the thriving art scene and buzzing nightlife that kept me on my heels until the early hours of the morning at venues such as BaR ‘Oc, Snug & Cellar and El Merkado. The latter of whom know how to whip tapas together, like I would never have imagined possible.

On my final day in Nice, I drove past the millionaire studded mansions in a drive toward Saint Jean Cap Ferrat. Lesser known, but no less remarkable, Saint Jean Cap Ferrat is the hideaway of the world’s movers and shakers. The surrounding peninsula offers a unique intoxicating mix of where wealth and opulence meets the raw and wild beauty of nature and the picturesque calm of the sea. It was all too easy to get addicted to life in this niche corner of the globe, so i threw my head back and drank it all up. 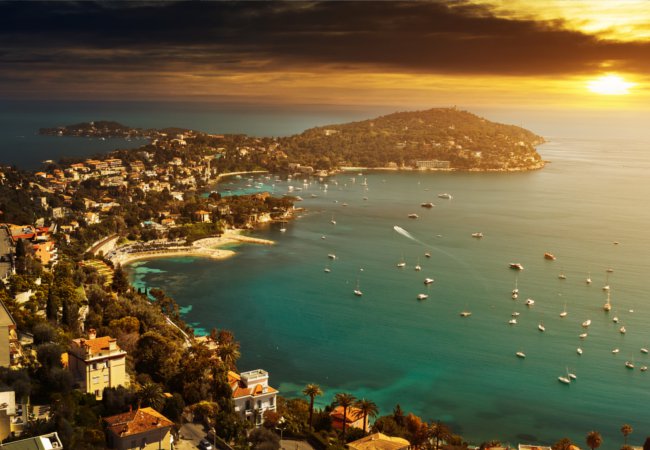 The next stop along my predestined route was the regal and romantic Principality of Monaco. Offering nothing to its millions of guests every year but the epitome of luxurious living, what  can I say? I learnt to make do with what was on offer. Deciding to step it up a notch and live in the manner of the city’s 2,000 odd millionaires, I booked my overnight suite at Hotel de Paris. Whilst the booking did put a heavy dent in my purse that may well take me months to replenish, I have to acknowledge, I lived like a god - even if it was only short of 24 hours. The suite was swathed in luxury, from the finest materials and comfortable fabrics to the jewel encrusted bathroom contours and crystal chandeliers.

Of course there is no driving a GTC in Monaco without tracing the F1 Monaco Grand Prix racing circuit that weaves through the inner city streets in entirely adrenalin inducing fashion. But, after I watched a golden hued sun go down over Larvotto Beach, it was time to ready myself for the evening. Penguin suit on and a swab of Hugo Boss, I was braced and ready to take on my lucky stars at the Monte Carlo Casino. Well, I can tell you, I’m not here to report the economic outcome of the evening, after all money lost, is money under the bridge. But the evening was not an altogether failure as an exceptionally pleasant night ensued in the company of a rather strapping fellow. 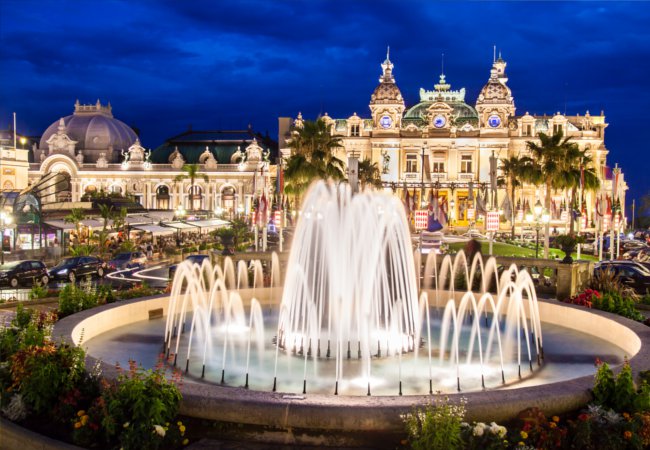 Join me next time as I continue my travels crossing the border into Italy and embark on all great things Italian, food, wine and art. A new country, a new sportscar convertible and quite possibly a new lover?