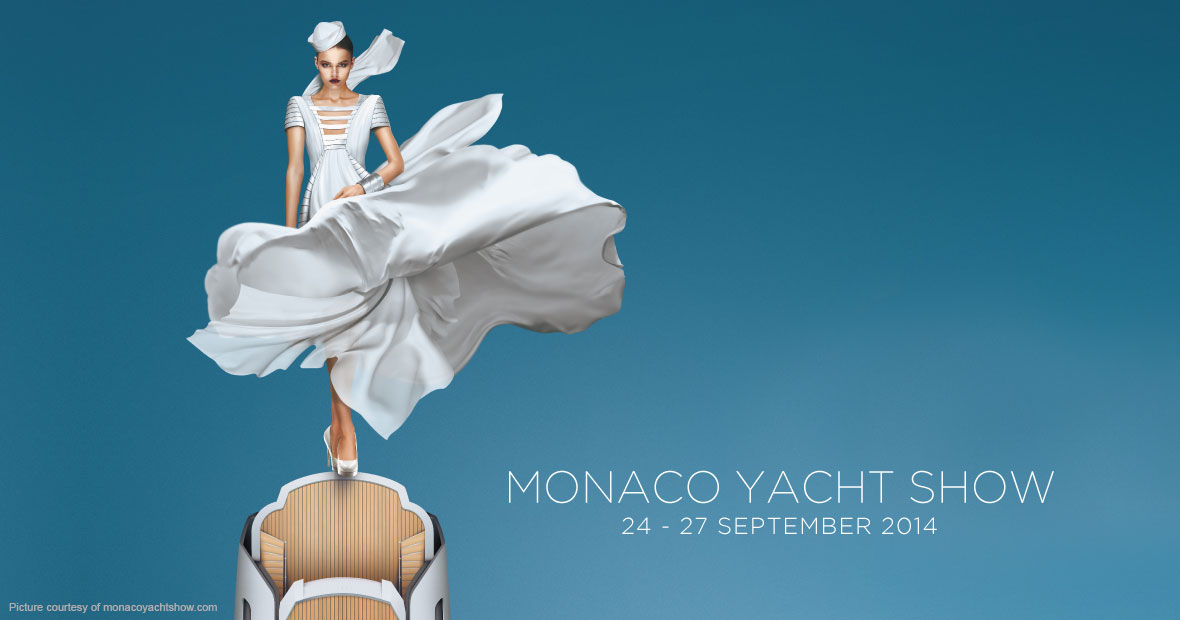 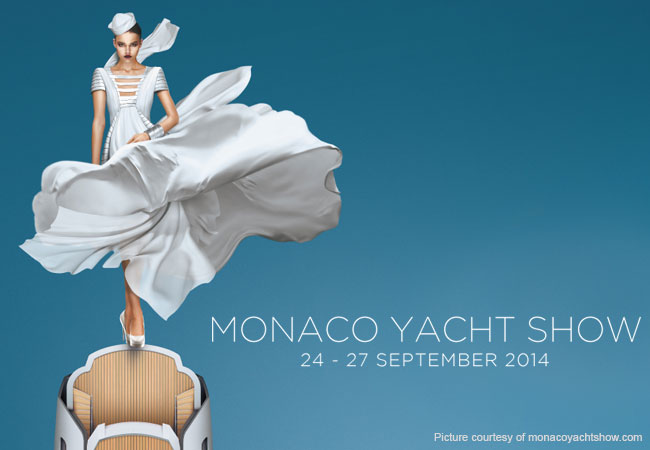 The grand opening of the new Monaco Yacht Club by Prince Albert II this June marks the beginning of the countdown towards the superyacht industry’s most exciting event, the Monaco Yacht Show.

The opening of the club, attended by its architect Lord Foster, revealed an extended berthing capacity to accommodate the ever-increasing length of luxury yachts.  Now enabling the docking of yachts up to 118 meters, the capacity available is 15 meters longer than offered at last year’s event. 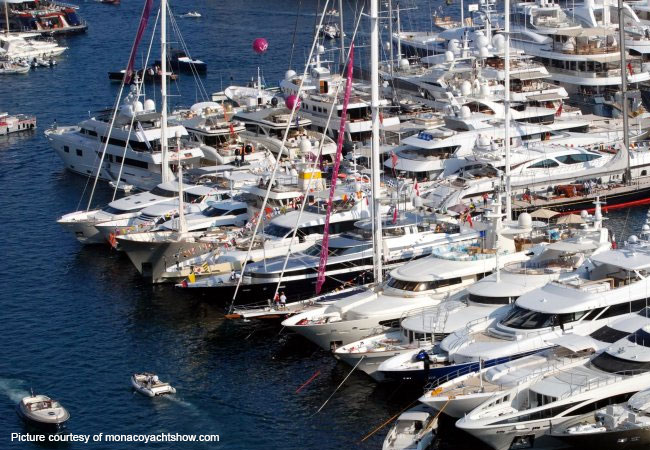 The most prestigious yachting event in the world, the Monaco Yacht Show attracts around 28,000 professionals, tastemakers and the most affluent and connected elite, bringing together charter tenders, service providers and yacht owners. The MYS is packed with exclusive events that attract captains of industry and VIPs, including gala dinners, networking events and parties, as well as the presenting of the prestigious Baccarat Prix du Design award.

The economic winds are blowing

The Monaco Yacht Show (MYS) is regarded as a reliable predictor of which direction the economic winds are blowing, and the upcoming show this September certainly indicates that the industry has recovered from its 2009 slump.  While evidence of its bouncing back to pre-crisis mode was already visible at the 2013 show, the 2014 Monaco Yacht Show promises to be the largest ever, demonstrating that the luxury yacht market is not only recuperating, but is actually growing. 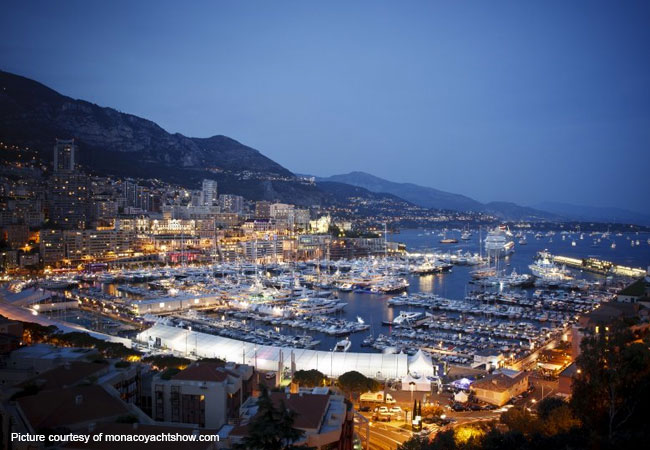 Judging by some of the new super yachts due to be unveiled at this year’s show, Monaco Yacht Club’s additional berthing space is certainly needed. Equanimity, the Dutch megayacht constructed by Oceanco requires an extra-long berth for its 91.50-meter length.  Built on the concept of ‘internal balance’, the steel hulled Equanimity is of an extraordinarily steady nature; classified as Ice Class E it is capable of withstanding polar ice.

With an interior designed by Andrew Winch Designs, it features a meter long deck pool, a spa, sauna, plunge pool and gym.  It will also be the first superyacht specifically designed and built to fully comply with the Passenger Yacht Code, a code from 2010 intended to regulate safety requirements for pleasure yachts, enabling it to house up to 26 guests and 28 crewmen. 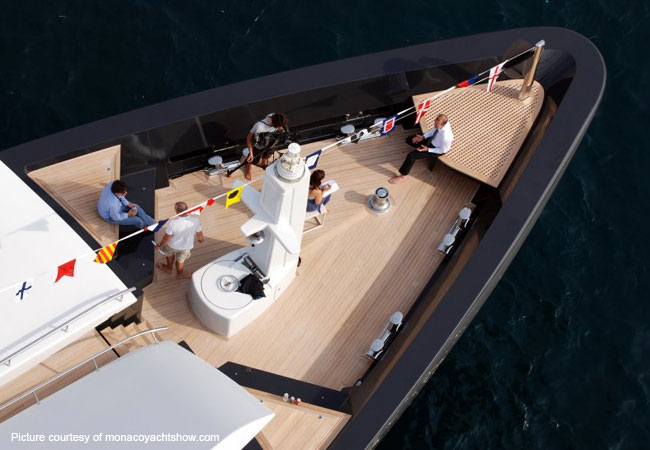 Chopi Chopi, the custom-built flagship of Italian/Chinese CRN, will be making a welcome return to the yacht show this year, having recently starred in an international Fiat 500 commercial. Launched in 2013, this award winning 80-meter yacht with a spacious wood paneled interior was designed to accommodate three generations of the owner's large family, featuring five decks, a helipad, beach club, sauna and massage area.

Amongst the mid-sized yachts to be presented, the recently sold 47-meter Margarita, of Heesen Yachts is one to watch. Built and designed by the same outfit responsible for last years Prix du Design Award winner, the Galactica Star, and featuring tasteful interior design by Omega Architects, the Margarita is considered to be an icon of contemporary yacht design.

Another exciting debut is the latest edition to the Maxi Open Mangusta fleet, the 49 meter Mangusta 165 E by Overmarine, from its shipyard in Viareggio, Italy. the E in its name stands for Evolution since this is the fastest Maxi Open Yacht ever to be built and a masterpiece of design and engineering. 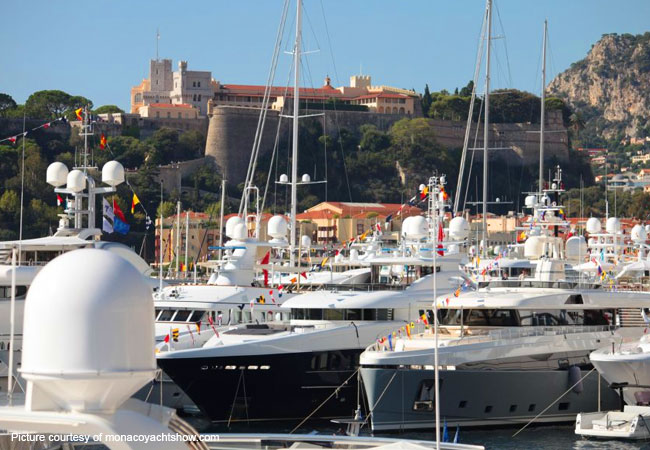 Of the charter yachts to be presented at the 2014 MYS, the 85 meter Solandge by German shipyard Lurssen stands out; a superyacht whose full amenities include an on-deck Jacuzzi, spa and beach club, as well as a movie theater, swimming pool and sauna below deck - all of which are made even more enjoyable thanks to its well-stocked wine cellar.  The world’s 62nd largest superyacht, Solandge’s sumptuous interiors were designed by Fort Lauderdale based design firm Eileen Rodrigues.

The Yacht Show that always delivers

With the leading shipyards and design firms vying to out perform each other, as well as to beat their own previous achievements, the upcoming 2014 Monaco Yacht Show promises to be an event well worth attending. Expect an outstanding display of innovative design and engineering as the stars of the super yacht industry come together to promote and celebrate their accomplishments of recent years.