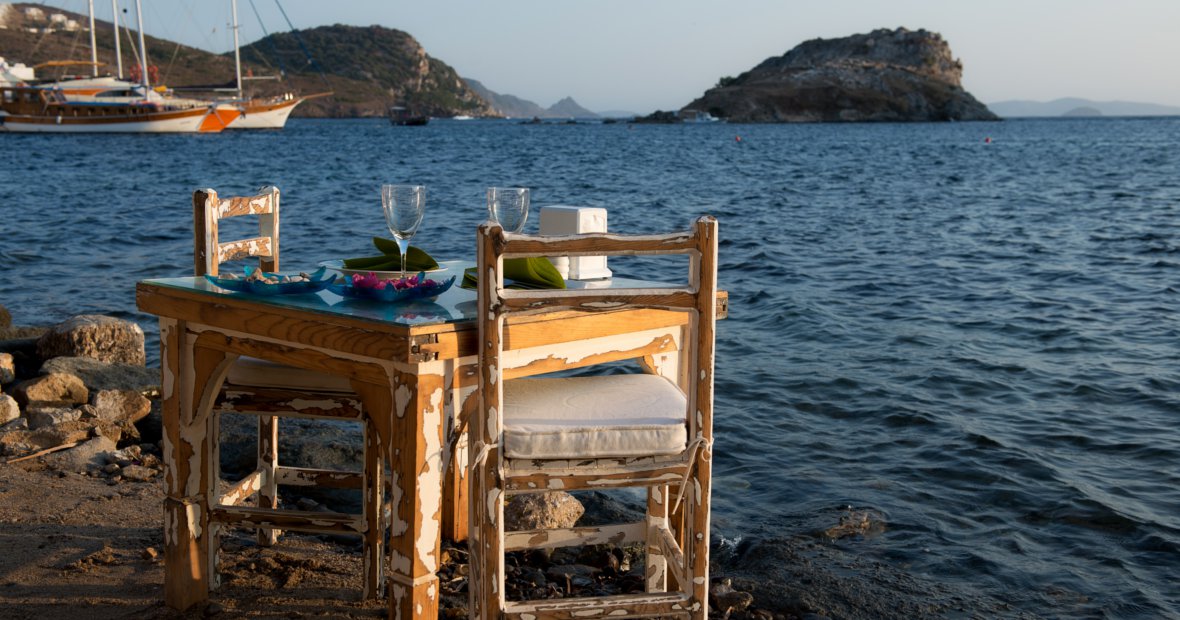 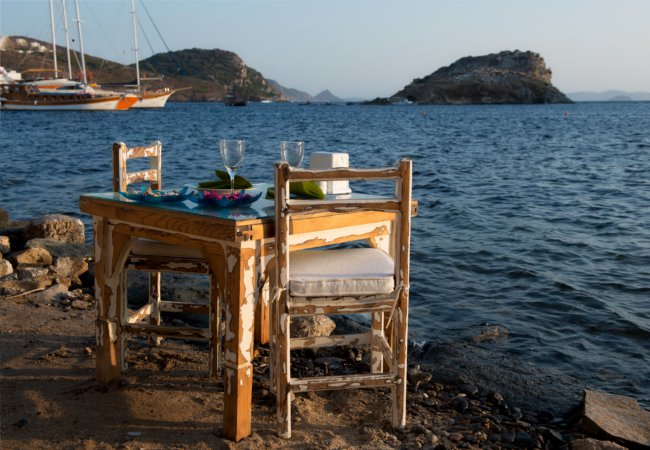 Cuisine and Culture are almost synonymous in Italy. Over centuries Italian cuisine has evolved directly from social and political changes, with roots that stretch as far back as antiquity. In our tour of the south coast of Italy driving a luxury Lamborghini Sportscar, we explore this interconnection between Italy’s rich layers of food and culture. Visiting many of the iconic landmarks and tasting the traditional cuisine prepared by the experts themselves.

We start our tour in Sicily, that triangular island that is forever about to be kicked by Italy’s boot. As Sicily is one of Italy’s most ancient civilizations it shows traces of all the various cultures that have settled here over the course of millennia. Thus, while there are many correlations with the predominant Italian cuisine, there are also traceable links to Greek, Spanish, French and Arab culinary influences.

The ancient Romans are attributed for having introduced lavish dishes, with a penchant for using goose. The Byzantines introduced cooking using a lot of sweet and sour flavourings, the Arabs enhanced the retinue of ingredients to include sugar, rice, citrus fruits, saffron and spinach. The Normans and Hohenstaufens helped to develop the variety of meat dishes, while the Spanish much later introduced new ingredients such as chocolate, turkey, maize and tomatoes from the Americas. 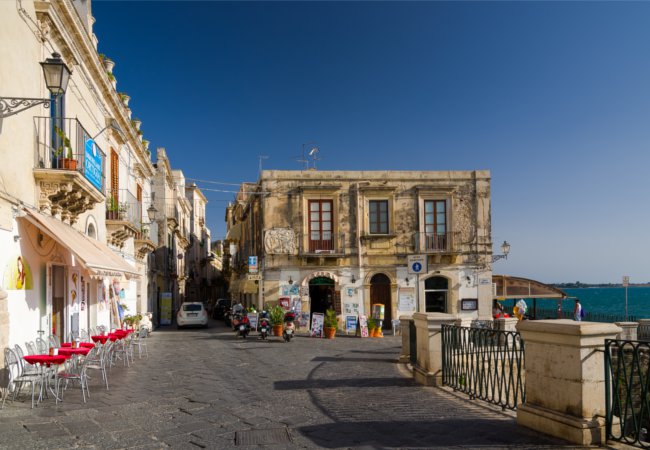 Fresh vegetables such as peppers and eggplant figure significantly in Sicilian cuisine, along with seafood which is a highly accessible resource on the island.  Traditional specialties include the arancini (a type of deep-fried rice croquettes), pasta dishes of alla norma that primarily includes tomatoes, fried eggplant, fresh basil and soft ricotta cheese. Along with a tantalising range of desserts like rich cannoli pastries.

Our chef in Sicily takes us out to the medieval port town of Syracuse and set amongst the ancient Greek ruins, seaside palaces, citrus orchards, baroque piazzas and medieval lanes she prepares for us a traditional Sicilian meal of couscous al pesce. The iconic fish couscous dish is delicately made by hand mixing the semolina flour with a little water and saffron to prepare the couscous. While in this case we use a blue eye fish, other fish that can be used are ling, sea bass, red mullet and grouper. It is a lengthy process but the outcome is well worth the effort, as the final product tastes absolutely delicious with a strong fish and saffron flavour.

We sit to eat the meal looking out over the ancient Greek theater and the nearby Duomo and a view of the Ionian sea. Our chef tells us these were the ruins were Archimedes cried out “Eureka!”. We matched the couscous al pesce with a Veal Marsala wine to which I felt our own cry of “Eureka!” was worthy. 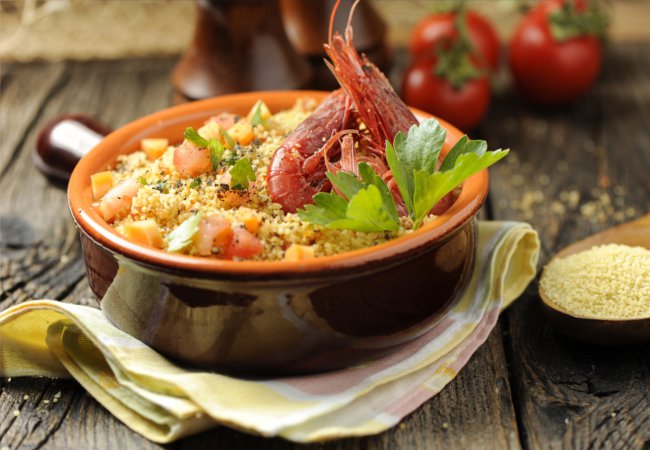 As the city of Naples has a history that dates back to the Greco-Roman period, there have been many cultures that have blended its influence on the city and its inhabitants. Ultimately enriching the culture in numerous ways, particularly on the way food is prepared in Naples and the wider Campania region.

Historically, dishes were always in a balance between the rural ingredients that were widely available for the masses such as pasta, vegetables and cheese, and seafood dishes such as fish, crustaceans and mollusks, that were the penchant of the wealthy. Over time with the blurring of social boundaries, the traditional recipes of the poorer classes have acquired many ingredients that had always been at the disposal of the rich. Enhancing the quality and taste while still preserving the original core of the recipes.

Our chef in Naples took us out to Castel dell’Ovo, located in the old city of Naples in Santa Lucia. The impressive monument over time has become the main symbol of the city. It was home to several medieval kings including King Charles II. However, today it is used as a national museum, housing significant pieces of art, sacred objects and frescoes. 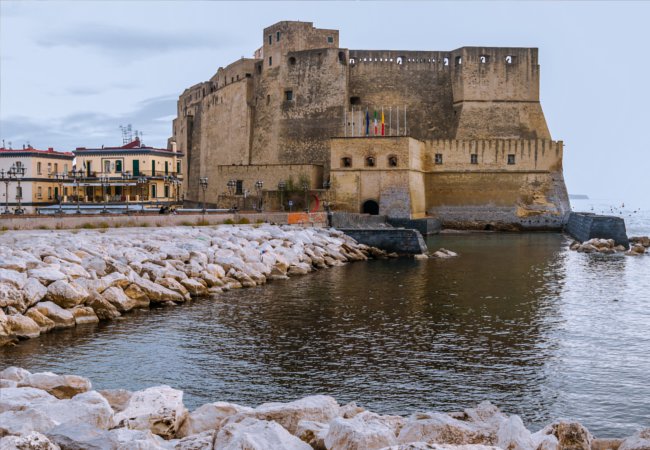 Inside the central courtyard of the castle our chef prepared for us the Spaghetti alla puttanesca, a popular local dish made with olives, tomatoes, anchovies, capers, chili peppers and garlic. The dish produced a subtle spicy flavour that was wonderfully fused with the saltiness of the anchovies and capers. On the advice of our chef the dish was matched to a Aglianico wine, that wonderfully complemented the flavours. Of course as Naples is home of the pizza, we couldn’t resist our chef’s offer to prepare the home baked favourite. Far more tasty then your usual Dominoes variety, it was baked in the traditional manner on a large flat disc pan in a red brick oven. Absolutely delicious, we enjoyed every slice of it taking in the rich ambience of the castle’s history and majesty. 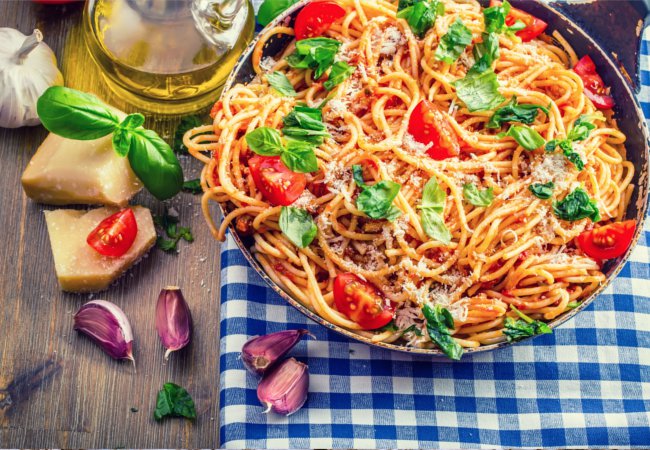 Our cultural tour of southern Italy gave us every opportunity to succumb to the beauty of a country surrounded by sea and beautiful vistas of nature, while immersing ourselves in the wealth of the gastronomic food on offer. Undeniably perfecting the tour, the Lamborghini Huracan rental certainly gave its own distinct zest to our journey.