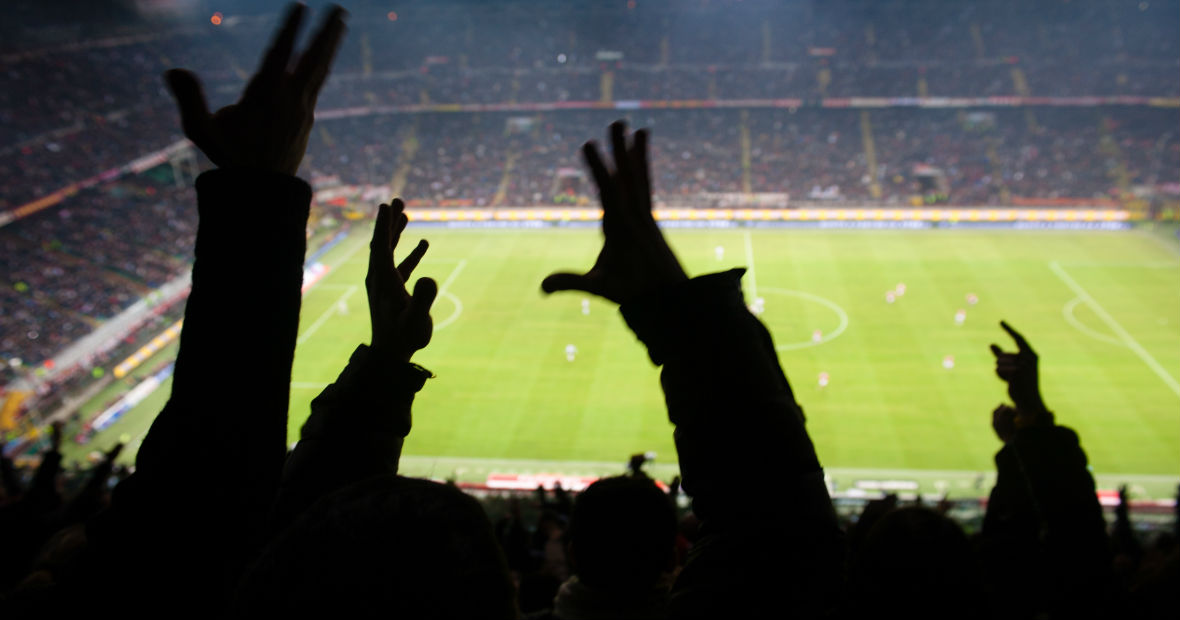 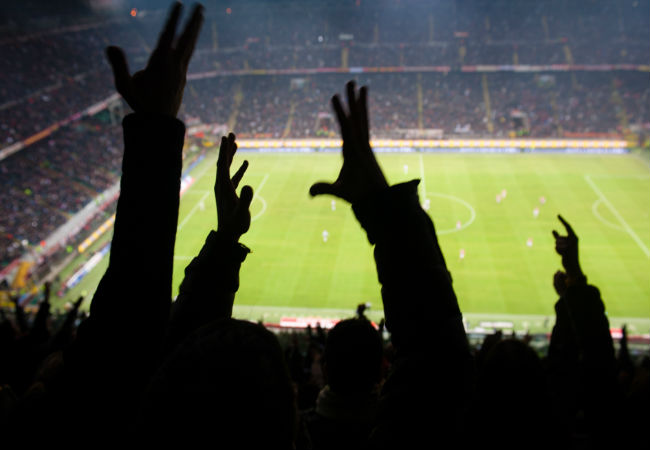 The Serie A, Where Passion is Always in Fashion

For any dedicated fanatic, a football tour of Italy is a must. This country lives and breathes its passion for football. In a crowded house at San Siro Stadium watch as all 80,000 fans pray to the lords of the game, urging their team to win. Whole families attend together, taking their part in a national right of passage, almost entirely camouflaged in their team’s colours. When it comes to football, passion is the fashion in Italy. No more so noticeable than when Italy’s Squadra Azzura is playing another country and the stadium is awash in green, white and red.

Unquestionably the most popular sport in Italy is it’s football, (or soccer, depending on which part of the world you hail from). It isn’t all that surprising when you consider that Italy’s football team, the Squadra Azzurra is one of the world’s most successful. Perhaps driven to success on the back of the nation’s passion, it has won no less than 4 FIFA World Cup Championships. Not only that, but Italy’s club sides have won a whole 27 major European trophies, giving Italy the title of being Europe’s most successful football nation. 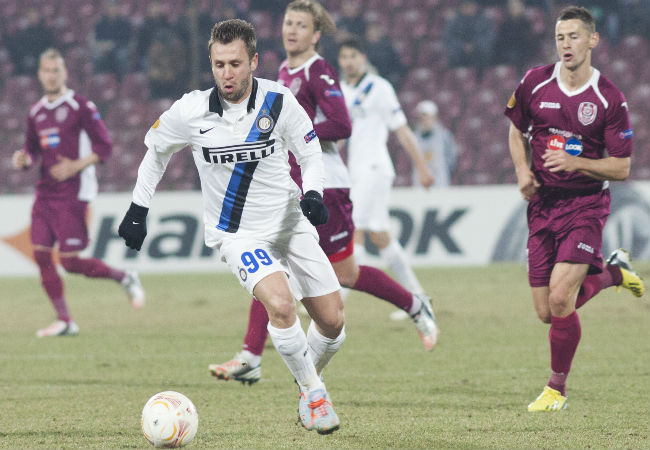 With all the inspiration already there, rent an iconic Italian sports car, such as the Maserati GranTurismo Sport and take the ultimate football tour of Italy. Just getting behind the wheel of the Maserati GranTurismo Sport, is enough to get your heart racing. Designed with the perfect combination of elegance and passion, this sportscar makes the perfect GT for the occasion. As one of the most stylish coupés of all time, it is built with a V8 engine and 460 horsepower. This configuration achieves a 0 to 100 sprint of 4.8 seconds and a top speed of 298 km/h. This baby is more than just a pretty face.

Start your football tour of Italy in Milan, the home grounds of Italy’s famous AC Milan and Inter Milan. The modern fashion and financial capital of Milan  really is the ideal city to commence any tour of Italy. Have the Maserati delivered to you at Milan Linate Airport and enjoy all the shopping, culinary skill, art and culture available in the city. Take an overnight stay in Lake Como to experience the old city’s beautiful charm by the lake.

Back in Milan the next morning, take a tour of the San Siro Stadium, with a seating capacity of 80,018, it is Italy’s largest stadium and the tenth largest stadia in Europe. But it’s the history that has been made at this stadium that is equally impressive, if not more so. in 1990, San Siro hosted six games of the FIFA World Cup and three of the UEFA Champions League finals in 1965, 1970, then in 2001 and is booked again for 2016. Yet the stadium has also been used for concerts by Michael Jackson, the Rolling Stones, Madonna and Robbie Williams just to name a few. Tours of the stadium are available that gives a great chronology of the nation’s football league and the legends that have been made on its fields. Make sure you time your visit to Milan to catch a game of AC Milan or Inter Milan in a play off against their biggest rivals, the games are stiffly competitive and awesome to watch. 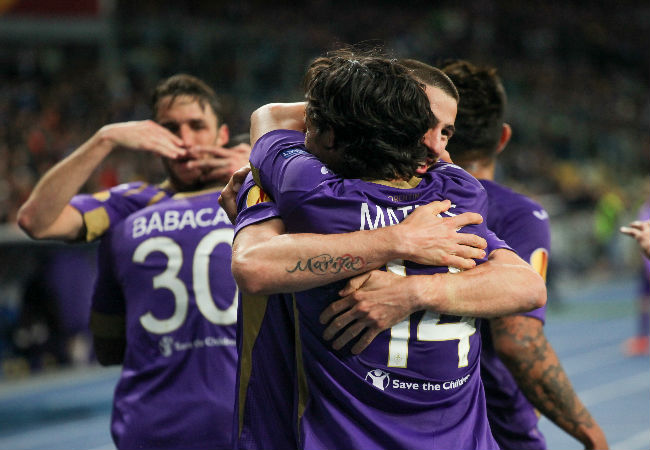 Once you’ve got your fill of Milan, hit the road racing in the GranTurismo and head over to Florence, in the famous region of Tuscany. No matter which way you look at it, Florence is beautiful, known the world over for its immense art museums and cultural highlights. Yet set aside a day to take a private guided tour that gives you the unique chance to meet with players from  ACF Fiorentina. This top football team plays in the A series of the Italian football league. Talk to players like Davide Astori, Giuseppe Rossi and Manuel Pasqual as they give inside accounts of the team, playing on the fields of the Stadio Artemio Franchi and generally what life is like when you’re living out the all time dream of being a football legend. The players have been known to invite guests to cook outs that are hosted after games. In a winning combination of great football with delicious Italian food, there’s no refusing that!

In the spirit of the great Italian roadtrip, make your next stop the Ligurian Coast, known amongst luxury holiday makers as the Italian Riviera. The towns of Rapallo, Santa Margherita Ligure and the exceptionally glamorous Portofino are strung one after the other, like jewels on a necklace. Sophisticated while at the same time rugged, this stretch of coast is dotted with colorful villages, sandy white beaches, olive tree-covered bays, terraced vineyards and excellent football matches. This combination gives the Ligurian coast all it needs in a perfect mix of nature, history, glamour and sporting culture. Take a pre-game dinner on a terracotta balcony that overlooks the coast. Then head out to see a play off between Genoa 1893 and Juventus or Lazio. Genoa 1893 is Italy’s oldest most established football team. Founded in, you guessed it, 1893 by an English doctor, James Richardson Spensley, I suppose that’s what you do in the interest of public health. The team went on to win 9 championships and 1 Italy Cup. 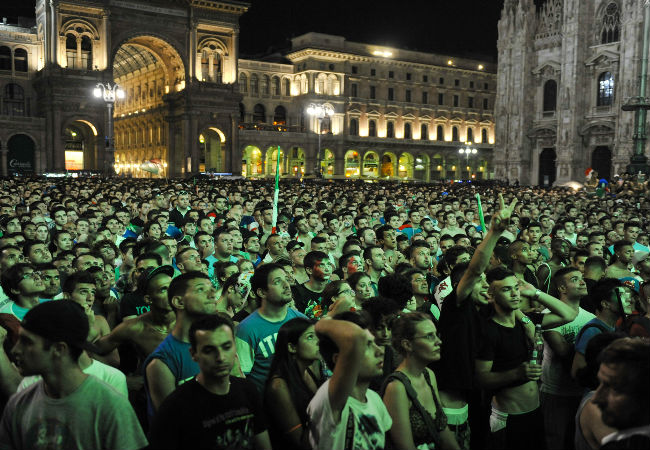 Head up back north again to Venice, an amazing city on a lagoon. In the pedestrian only city of Venice, take the chance to stretch your legs as you walk through some of the 2000 alleys and over 400 bridges that lace the city together. Join a training session with Venice’s own FBC Unione Venezia, they train in Stadio Pierluigi Penzo, one of the oldest venues in Italy. If you’re lucky enough to wrangle this insider entry, team members will demonstrate some of their techniques, giving you a few skills to practice before you head off back home. Finally, end the vacation with a scrumptious Italian supper in the grand piazza of San Marco where classic Venetian dishes of Cichetti and antipasti are served with the sweet effervescent prosecco wine.

In the country that is known for its football, love of luxuries, fast cars and delicious food, this is the experience of a lifetime. An Italian football tour in a Maserati, is quite possibly the best of everything out of Italy. What more could you ever want?