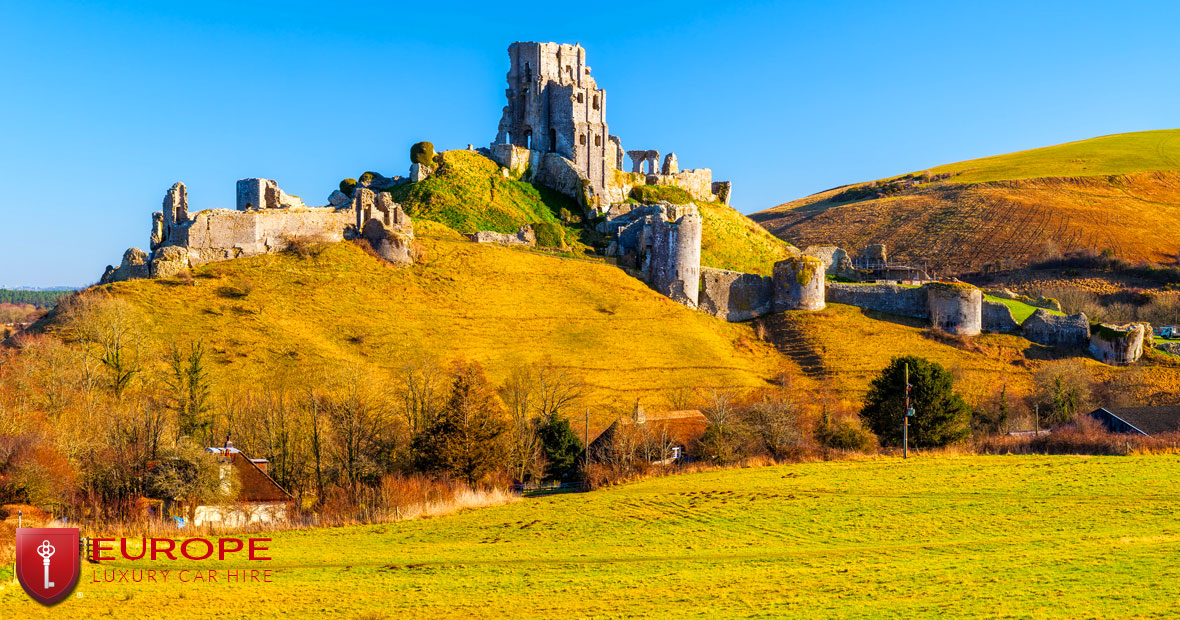 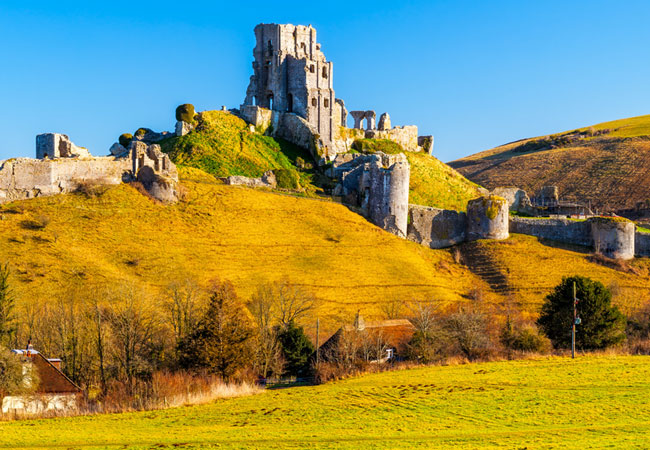 It is a truth universally acknowledged, that a single man in possession of a good fortune must be in want of a luxury Range Rover Sport. For a limited time only, we’ve extended this principle to include successful women and enthusiastic fathers, as our Range Rover Sport rentals in London are on special during this summer, starting from £295 a day. Whilst there are many fantastic venues in the city, don’t neglect the many treasured sites on the outskirts of London. Here is a list of the top 5 destinations that are just a short 30-40 minute drive outside of London, and resonate deeply into the British cultural heart.

Despite being a mere 20 minutes from London, St Albans possesses a character that is distinctly its own. Widely acknowledged as England’s most eminent Cathedral city, its grand and gothic basilica is the oldest place of Christian worship on the British Isle. A town immersed and yet alive with its history, walk through the green oasis, that today is the archeological site of an old Roman city. Discover the fluttering cornucopia of colour at Butterfly World on Miriam Lane or the Medieval clock tower that continues to mark the passing of time, as it has for the past 600 years. See the contemporary art by St Alban’s artist Alex McIntyre, who sourced her inspiration from her morning walks through the Hertfordshire countryside. In a personal journey of understanding what it means to belong to a geographical surrounding, McIntyre synthesises the use of local products to create her innovative and highly thought provoking art (on exhibition this month). 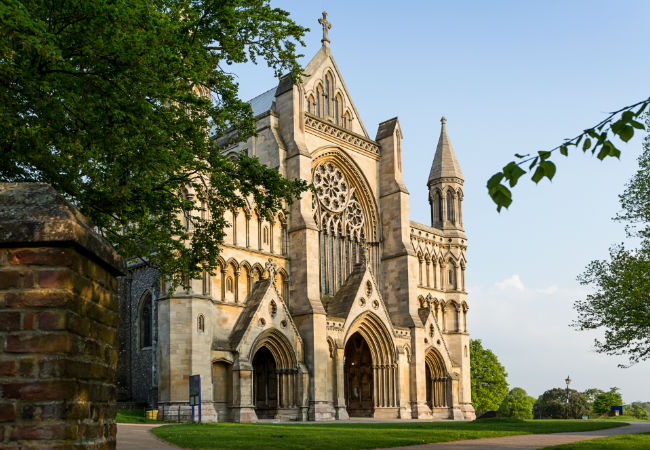 In what was Charles Darwin’s home for 40 years, be inspired by one of history’s greatest minds in a visit to Down House and Gardens. Within just a hop, skip and a jump from Kent, it’s hard to believe this highly accessible location, housed in a pretty white manor, allows you to walk in the shadows of one of the world’s greatest minds. Visit Darwin’s study and greenhouse where he conducted his many experiments and did most of his important work. The humble furnishings stand in stark contrast, when you consider that these were the solitary tools of the man who changed the course of science and the very foundations of how man perceives himself in the world. Relive Darwin’s footsteps as you take a constitutional through the Sandwalk Wood, the quiet serenity of the garden pathway is shaded by oak trees on one side and overlooks a lush green sloping valley on the other. The garden offers the perfect ambience to just think, allowing you to simply let loose on your thoughts. 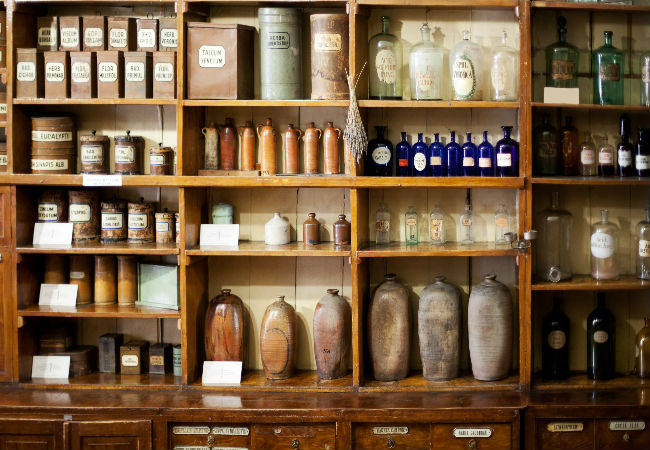 Enchanting and magical, it’s hardly conceivable that this ancient woodland forest is still technically part of urbanised London. This forest, that has been dated back to the neolithic period. First known as the “Royal Forest” by Henry III in the 12th century, perhaps for its awe inspiring majesty. Later, the wild expanse became the “People’s Forest” by Queen Victoria in 1882, who declared "It gives me the greatest satisfaction to dedicate this beautiful forest to the use and enjoyment of my people for all time". Finally, the current day terminology of “Epping Forest” was applied to save the forest from enclosure and halt its shrinking. In a trail through woodlands, that pervades over heaths, bogs, ponds and rivers, it is all too easy to imagine Enid Blyton’s Moon Face, Silky the Fairy or the Saucepan man show their presence deep on the forest bed. 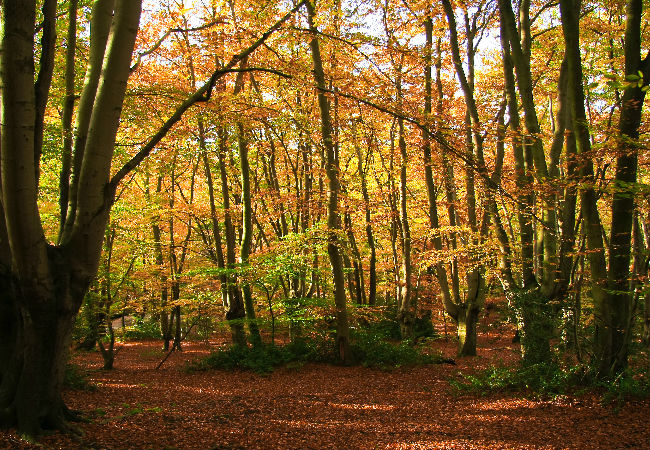 In an unusual mix of palatial glamour and luxury, it is certainly worthwhile to get on the highway for a visit to Eltham Palace. Step into England’s story as you make yourself a guest of the Courtauld family in their art deco mansion. The residence has been wonderfully maintained with furnishings that make an excellent replication of when the family called this prestigious mansion home in the 1930’s. Litteral invitations are handed out to visitors, under the name of explorers, film directors and politicians, the actual guests who would have been invited into their not-so-humble-abode. Within just a short trail from the mansion, but marking a huge expanse of time, explore the Medieval palace that was built for Edward II over 700 years ago. From the minstrel’s gallery look out across the magnificent Great Hall, as you can imagine King Edward IV conducting his affairs of state from this prominent location. 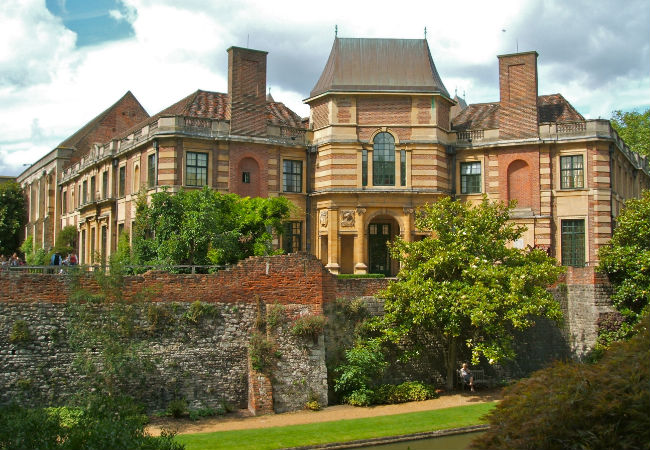 Possessing the perfect concoction of a Charles Dicken’s connection, an ancient cathedral, a dilapidated haunted castle and a karting circuit, there is no looking past Rochester. In this location, where Dickens spent much of his life, many of the buildings and people that so strongly characterised his novels, are on display and brought back to life within the town of Rochester and in the highly enthralling Dickens World - Grand tour. Let a terrifying spirituality hang in the air as you visit the grand, gothic Cathedral of Rochester. Built in 604 AD, its halls continue to hum with the sound of prayer of over a thousand years. Continue your tour of English history at the Rochester Castle. Constructed at the turn of the 10th century, it was used as an important fortification of the south east coast from neighboring invasion. However, left today in a ruinous state, local legend has it haunted by the souls who had died within its confines. 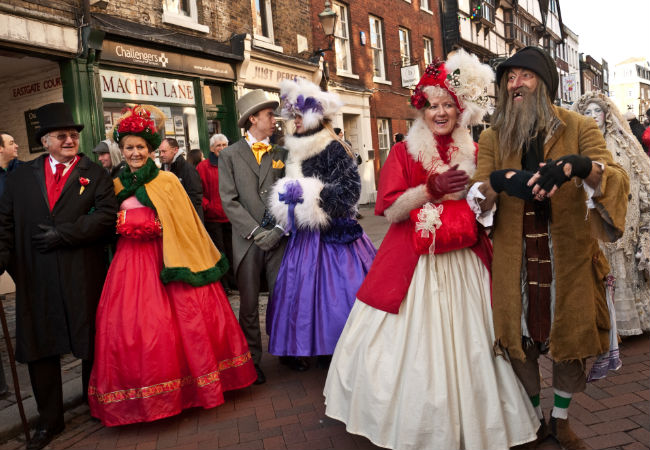 From the ancient, mystical, inspirational and spiritual, who would have thought that on the doorsteps of London is a world deep within its own heritage and identity. Telling you the unbidden story of where we have come from, carving out the path of where we are destined to go.