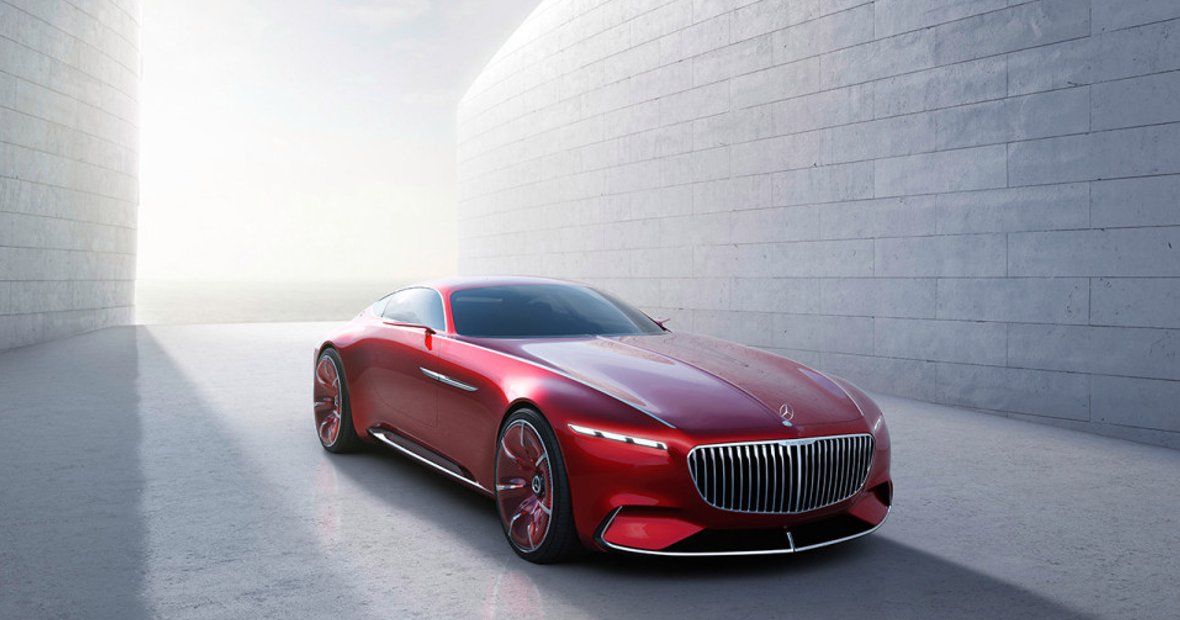 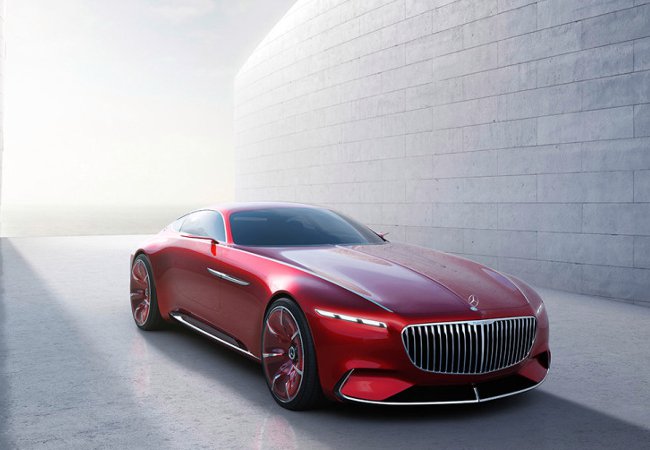 A Vision in Luxury: The Mercedes Maybach Vision 6

Possessing a design that is intended to represent the ultimate in automotive luxury, the Vision Mercedes Maybach 6 has both hot and cool elements, leaving you feeling desirous throughout. The “hot” elements refer to the sensual and emotional design, while the “cool” elements refer to the car’s technological intelligence. Leaving no battery cylinder or etch of fabric untouched, the Vision 6 appears to be pushing forward the frontiers of automotive luxury on every score.

This Maybach retains the classic aesthetic proportions of her prestigious forbearers: with her lasciviously elongated bonnet, a low roof line and the rear placement of the engine, all paying homage to the coupe of a bygone era. Yet, the Vision 6 is hardly what you would consider a retro design, on the frontier of style, it is more of a reinterpretation of classical principles.

Just recently unveiled at the Monterey Car Week that took place in Central California this past August, the debut was met with huge applause. Gorden Wagener, Head of Design at Daimler AG, had these accompanying comments: “With its intelligent appeal and reduced, technoid look, it perfectly embodies our design philosophy of sensual purity and our pursuit of aerodynamic efficiency”. The admirers in attendance can only hope however, that despite these lofty ambitions, this concept model gets transformed into reality. 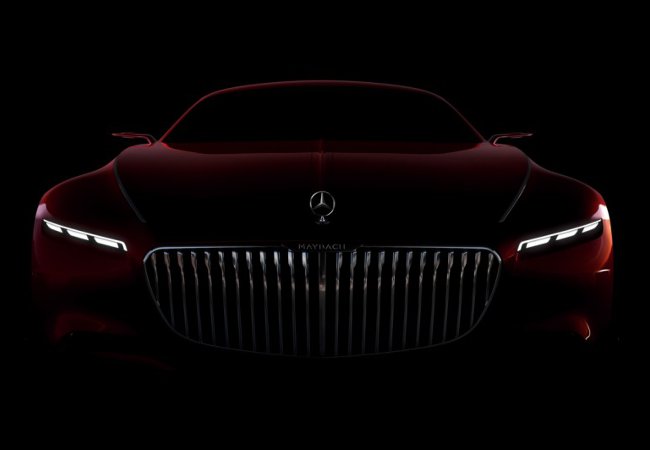 Deriving the number ‘6’ in its name from being six meters long, it is also about 4 inches lower than an S class coupe, making the dimensions of the Maybach highly extravagant. The two plus two seat cabin is set rearward and provides an extended rear overhang. The classic vibe is reinforced with the gullwing doors, the split backlight and the extended round boat tail rear which lends a luxury yacht feel. The 24 inch wheels have translucent body color inserts, with the aluminium spokes visible from behind. The royal red paintwork is even further accentuated by striking chrome strips deliberately placed around the car. The front grille is characterised by 25 chrome vanes and is topped by the iconic Mercedes three pointed star, purely ornamental, it certainly achieves impact. 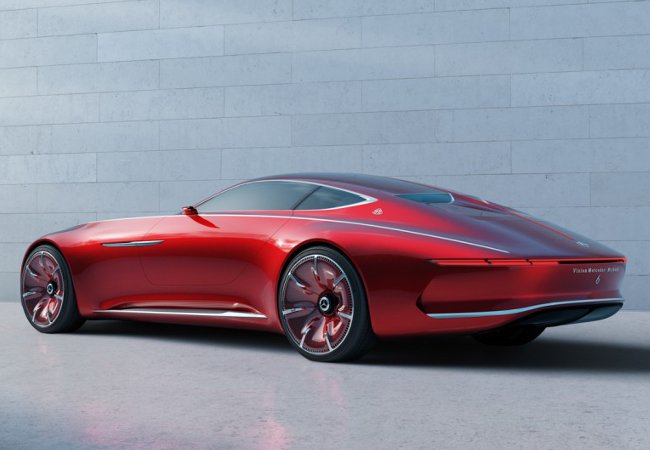 By this title Mercedes refers to the dashboard wing which seamlessly curves along the door trim into the seats creating a 360° lounge. The entire length of the front windscreen has a head up display projected on to it, augmenting the outside view with selected information. By using specific hand gestures passengers control and adjust the information being projected. In contrast to the sharp futuristic look, the doors and dashboard have a traditional wood trim, that softens the look of the digital controls. Likewise an elm wood is used in the flooring, again evoking that refined yachting feel. 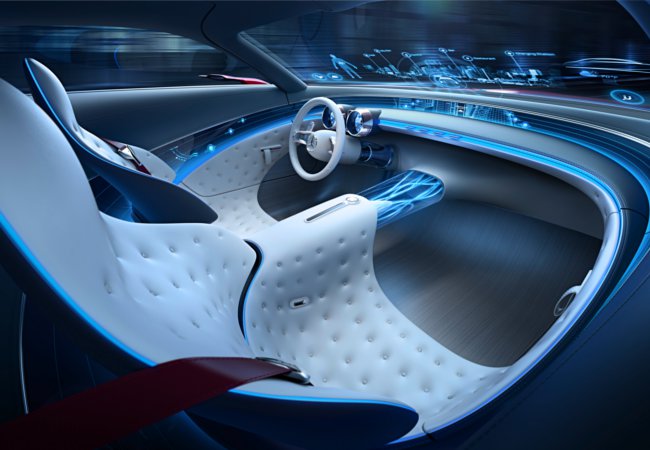 The mechanics of the Vision 6 put it in the upper echelons of an electric car. Courtesy of four compact permanent magnet synchronous electric motors that propel the all-wheel drive forward with effortless ease. The combination of this drive system records a power output of 550 kw with an underfloor battery that has a capacity of another 80 kW/h. These feats of power give the Vision 6 performance attributes that are typical of a supercar; recording a 0-100km/h acceleration in under four seconds and a maximum top speed that has been capped at 250 km/h. Rivalling that of Tesla, the driving range of its fully charged battery is over 500 kilometers with the claim that it can cover 100 kms in a five minute sprint. 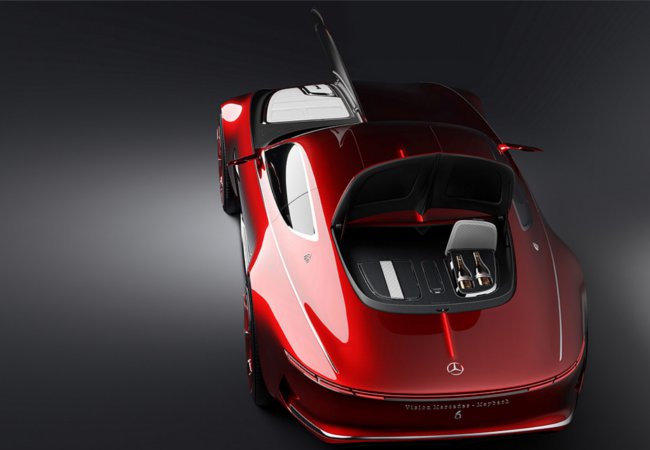 By all accounts the Mercedes Maybach is no novice to the world of supercar looks and extreme power. On the contrary the name 'Maybach has become synonomous with limousine motoring. Fortunatly, it's possible to experience driving this speciman of mobile art yourself by renting a Mercedes Maybach in Germany, France, Italy and Spain amidst our top destinations in Europe.

The Vision Mercedes-Maybach 6 is visionary. While it remains to be a concept model, it unveils a dawn of automotive design and engineering. In no uncertain terms Mercedes-Benz has claimed this model to be the first luxury coupé in a series of visionary car designs, leaving us to image the possibilities of what that could be?