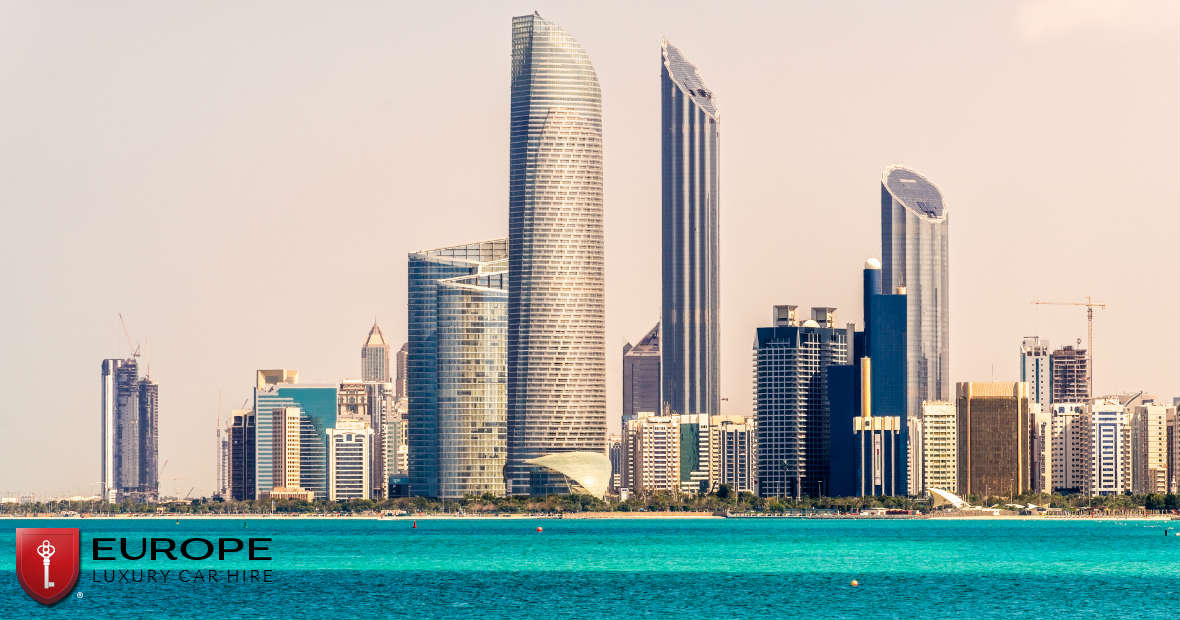 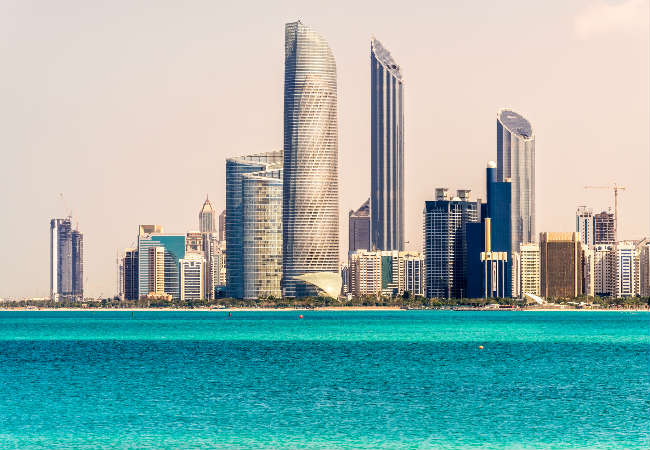 The capital city of the United Arab Emirates, Abu Dhabi offers a breathtaking modern skyline of architectural wonders moulded over deeply rooted Arabia’s Islamic customs, creating a captivating blend of tradition and progression. The splendor of Abu Dhabi lies in its ability to have developed a slick and modern capital that maintains its ever-present emirati flavour. 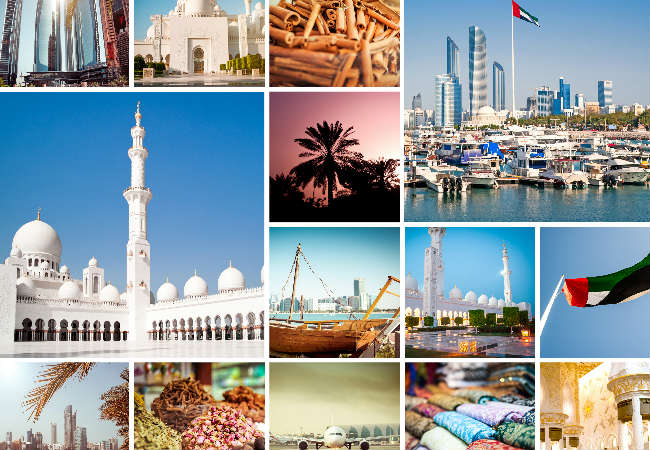 Discover the timeless beauty of the Arabian sands. Ride a camel, rev up a quad bike or glide down steep dunes on a surfboard, as the sun goes down over the enigmatic desert dotted with oases such as Al-Ain and Liwa. 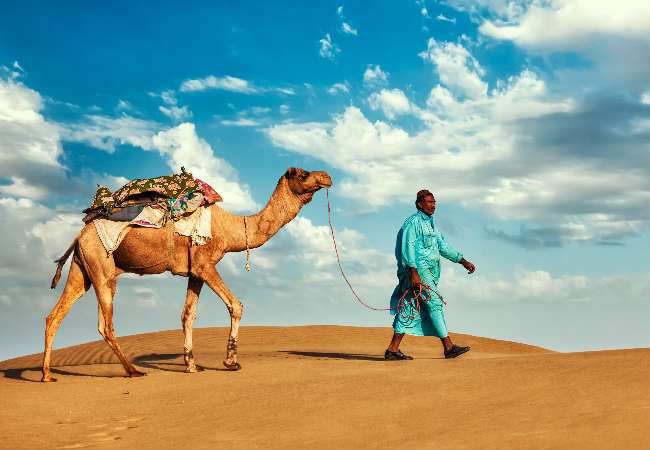 To cool down from the scorching Middle Eastern sun, make a splash in the shimmering turquoise waters of the Persian Gulf or simply relax in Abu Dhabi’s white sand beaches. Whether wakeboarding or kitesurfing, sailing or cruising in a traditional pearling boat, kayaking through natural mangroves or zooming over the ocean on a speedboat, the waters of the emirate of Abu Dhabi are yours for the taking. 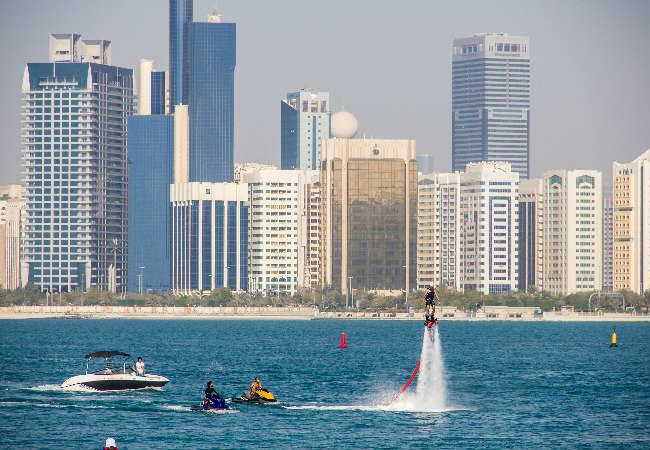 To uncover Abu Dhabi’s dazzling architecture, both new and old, hire a Ferrari 458 Spider and cruise from the seafront Corniche to the magnificent Sheikh Zayed Grand Mosque, with its white marble domes sheltering an immense Persian carpet, crystal chandeliers and room for 41,000 worshipers. Drive down Khaleej Al Arabi Street and face Capital Gate, a modern-day Leaning Tower of Pisa, a building certified by the Guinness World Records as the ‘World’s Furthest Leaning Man-Made Tower’ and a true sight to behold. Cruise over the striking Sheikh Zayed Bridge, an 842 meter long, 64 meter high bridge with a dynamic lighting design and a fluid silhouette that is said to be the most complex bridge ever built. Visit Abu Dhabi’s symbolic birthplace, the Qasr al Hosn and get immersed in the story of Abu Dhabi and its people when you visit the free exhibition and tour the city’s oldest building.  Take a stroll through the beautifully landscaped gardens of one of the UAE’s most historic buildings, the picturesque Al Jahili Fort. 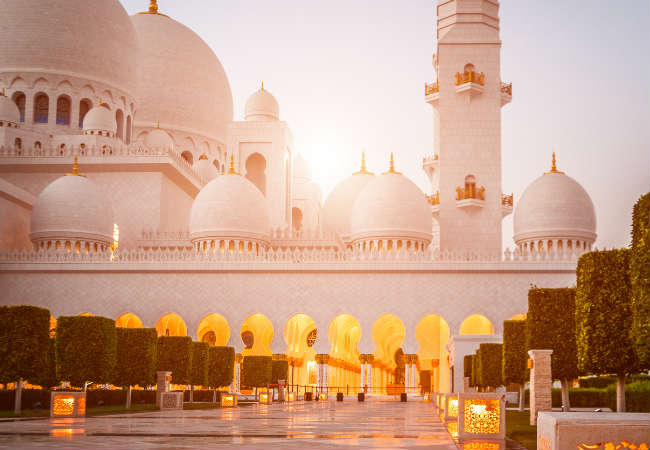 Hop on board a Personal Rapid Transport (PRT) pod, a small unmanned electric car, and visit the emirate’s vision of a city of the future. Masdar has been developed during the past few years as the world’s most sustainable eco-city. Combining ancient Arabic architecture techniques with state-of-the-art technology, the city serves as the “greenprint” for how cities can accommodate rapid development while reducing energy, water and waste.

Take a journey to Yas Island, Abu Dhabi’s main entertainment area offering something for everyone. From enjoying a decadent meal at one of the 57 gourmet restaurants, to snacking under a cabana at the Yas Island Beach or getting your adrenaline pumping at the UAE’s first mega waterpark, Yas Waterworld Abu Dhabi, Yas has all the fun in the world packed within its perimeter. Visit Ferrari World, the first and only Ferrari-branded theme park in the world, offering more than 20 rides and attractions for the whole family. Catch the world’s only twilight race, the Formula 1 Etihad Airways Abu Dhabi Grand Prix, at the iconic Yas Marina Circuit, breathtakingly built half on land and half over water passing through the five star iconic Yas Viceroy hotel. Indulge in some retail therapy at the Yas Marina Mall, offering something for every taste both afloat and ashore. 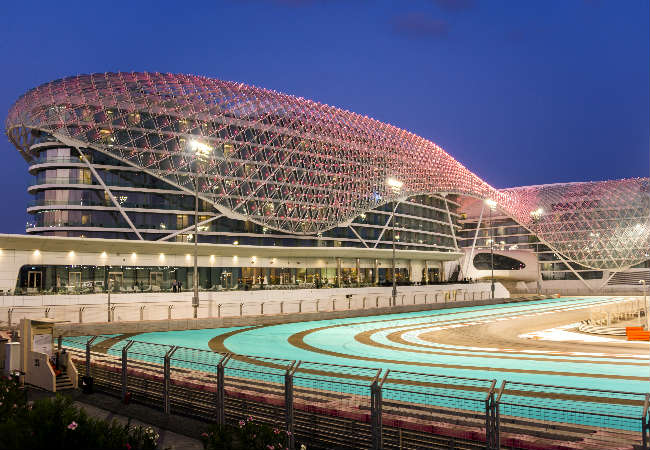 Take a journey through time and see the contrasting ancient roots of Abu Dhabi blend majestically against a modern-day skyline creating an impressive cosmopolitan city that retains its traditional flavour.