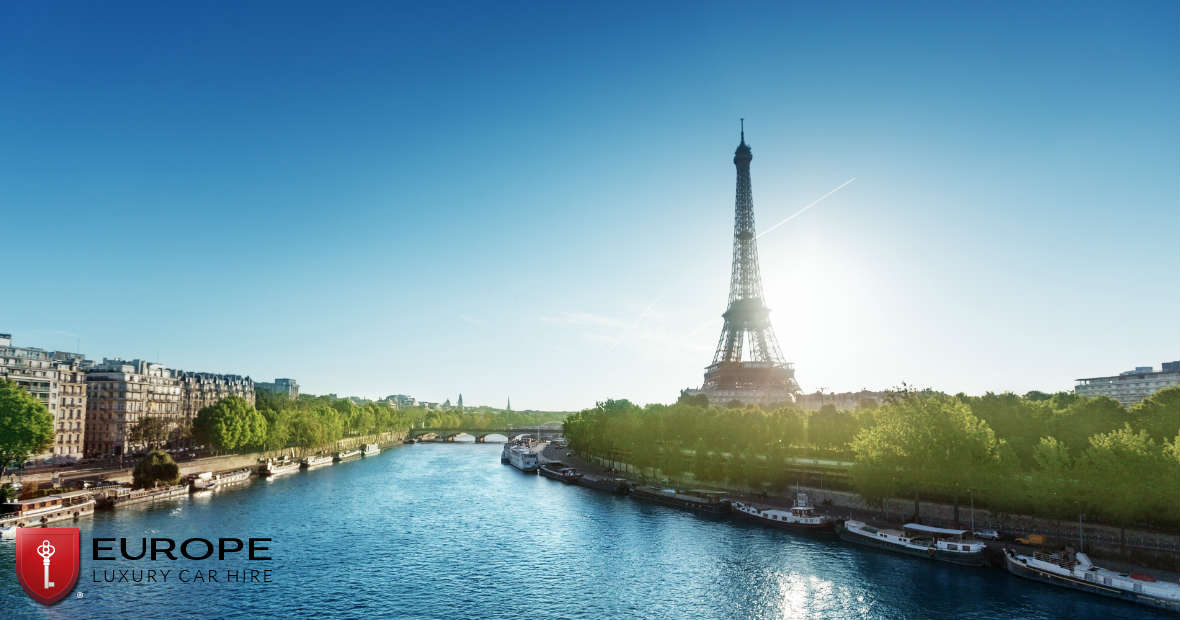 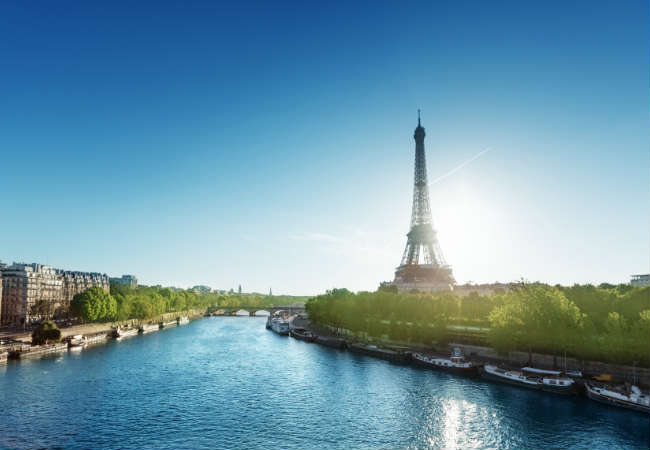 No matter what time of the year or what the purpose, visiting Paris is always a good idea and this summer, our Paris luxury car rental specials, make it an even more fabulous idea. Get ready for the adventure of a lifetime and squeeze the juice out of your rental car, when you put it to the test of speed and prowess, with our recommended one-day trips from Paris.

Just an hour away from Paris, amidst rolling hills and sun-stroked valleys, 300 million bottles of champagne come to life each year. World renowned champagne houses in Reims and Epernay, giants like Moët & Chandon, Mercier and Pommery have perpetuated the decadent image associated with the golden-hued, sparkling drink. Tour the intricately sculpted champagne palaces where this big champagne houses produce their famous drink. Travel a little deeper into the Route du Champagne and you will find the magnificent story of how champagne has come to life. Away from red-soled stilettos, wine producers with fresh mud on their boots will greet you to show you where the real magic happens: in the vineyards and wineries of the ‘Sacred Triangle’, an area located between Reims, Epernay and Châlons-en-Champagne. 86,000 acres of undulating hills that grow vines of pinot-noir, pinot meunier and chardonnay grapes.

Hire the Rolls Royce Ghost from Charles de Gaulle Airport with our chauffeur service, or book the Ghost to be picked up at your hotel in Paris and begin your tour of Champagne in Reims and Epernay, where the big champagne houses are located. Then follow the more than 400 kms of roads that traverse the region. The Montagne de Reims route starts in Reims and travels 75 kms south to Epernay. The Marne Valley route begins in Epernay and travels west for 52 kms to Vincelles. The Côte des Blancs route begins in Epernay and travels south for 100 kms to Villenauxe-la-Grande. 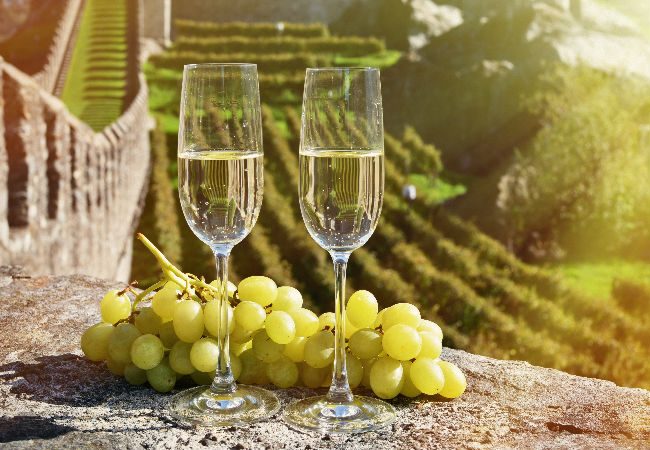 Mentioning day trips from Paris and leaving out Versailles would be sacrilege. Immense, opulent, and everything a royal palace is supposed be, Versaille is the most prominent of all the French chateaux. Famous for having been the home of Marie-Antoinette and Louis the XVI and where the French revolution started, the 2,300 room, 67,000 sq.mt palace was originally a hunting lodge built by King Louis XIII in 1624. With the passing of the years, the site was expanded and made into a palace where the French Royal Court lived. Just as famous as the palace itself are the gardens in which it is set. 800 hectares of meticulously manicured lawns are adorned by flower beds, sculptures, fountains, the Canal and the Orangerie.

While in 1789, at the onset of the French Revolution, a group of angry women led by Olympe de Gouges marched on foot from Paris to Versailles demanding bread, today’s modern modes of transportation allow for a much more swift and comfortable arrival. A mere half an hour away from Paris, Versailles is easily accessible by car. Hire a Bentley Flying Spur from Paris Airport and like a true royal, drive on the A13 towards Rouen and take Exit 6 following the signs towards Versailles Château. 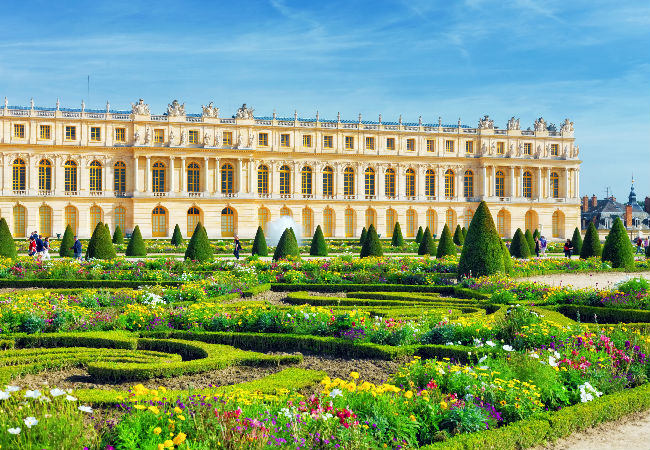 The Domaine de Chantilly, which comprises the château, the gardens and the stables is one of the most precious gems in the crown of France’s heritage. Originally built in the 1400’s, it was destroyed during the French revolution and then rebuilt in the 1870’s. The magnificent château, the castle of Henri d’Orléans, son of the last King of France and a man with an extraordinary destiny, is home to the Musée Condé. The Museum houses the largest and most prominent collection of French art and ancient book illuminations outside of the Louvre. The Museum also showcases countless masterpieces that used to be owned by the prince, who is considered to be the greatest collector of his time. The château is set in sumptuously designed gardens containing French-style flower beds, immense water mirrors that reflect the sky, numerous fountains and water features and an astounding collection of statues. There is also a less sculptured English-style garden and an Anglo-Chinese garden. A short 10 minute away from the château, are the Grand Stables, where you can catch a horse demonstration. Pack a picnic lunch, lay a blanket in one of the fields surrounding the racecourse, and relax amidst this magnificent setting.

Hire an Audi R8 and zoom along the A3 or via A1 to D1330 and towards Chantilly (47 kms). The Domaine the Chantilly is just over an hour away from Paris. 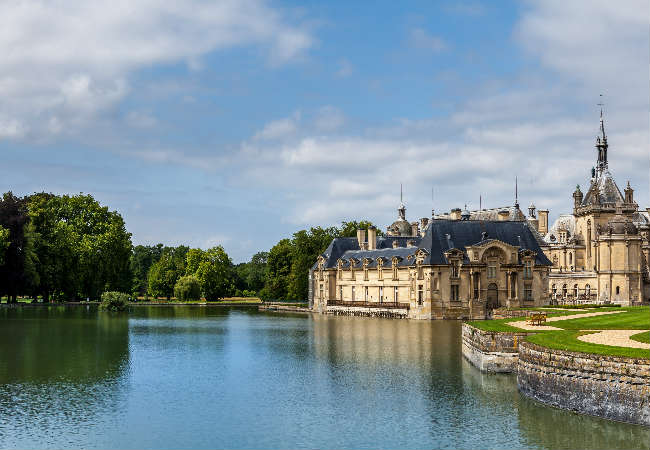 Visit the famous home and gardens of impressionist painter Claude Monet. With a passion for gardening and colours, Monet created two beautiful gardens that contrast and complement one another at the same time. Clos Normand, a flower garden of about one hectare located in front of the house is a garden full of perspectives, symmetries and colours in which Monet had the simplest flowers mixed with the most rare species. Climbing roses grow on iron arches over the central alley of the garden. The second garden is a Japanese-inspired water garden, with a small brook, the Ru crossing through it and a large pond takeing center stage. Walk over the Japanese bridge covered with wisterias, weeping willows, a bamboo wood and the famous nympheas which bloom during the summer.

Hire the Ferrari FF and drive west for 74 kms on the A14 and A13 from Paris to Giverny. 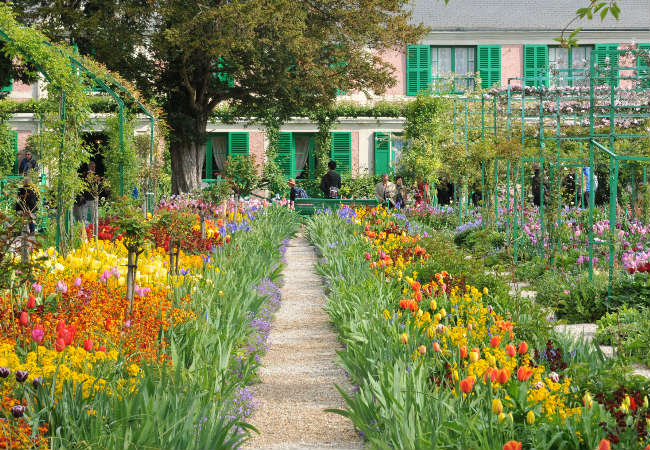 If you thought the French Kings were the ones ruling tourist attractions in and around Paris, think again. The new ruling in town is now in the hands of a mouse, Mickey Mouse.  Just 40 kms west of Paris, in a town called Marne-la-ville, Disneyland Park and Walt Disney Studio Park have become Europe’s biggest tourist attraction since they were built in 1992. In Disneyland Park, get your adrenaline pumping as you take on 360 degree inversions riding Space Mountain 2, see Indiana Jones and the Temple of Peril, say aarrr and ride Pirates of the Caribbean, see Sleeping Beauty's castle and hop on board the Teacups and It’s a Small World. Walt Disney Studio Park is themed as a working film studio and its rides include Armageddon-the special effects, Aerosmith Rock and Roll Roller Coaster, the Twilight Zone Tower of Terror, Toy Soldier Parachute Drop, RC Racer and a tram tour of the studio.

For an unforgettable family trip, hire a Range Rover Autobiography in Paris Airport (CDG) and travel east for 25 kms via A4 towards Marne-la-ville. 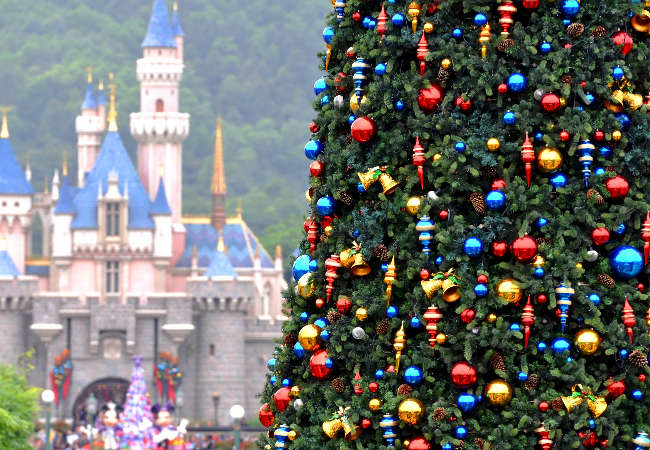