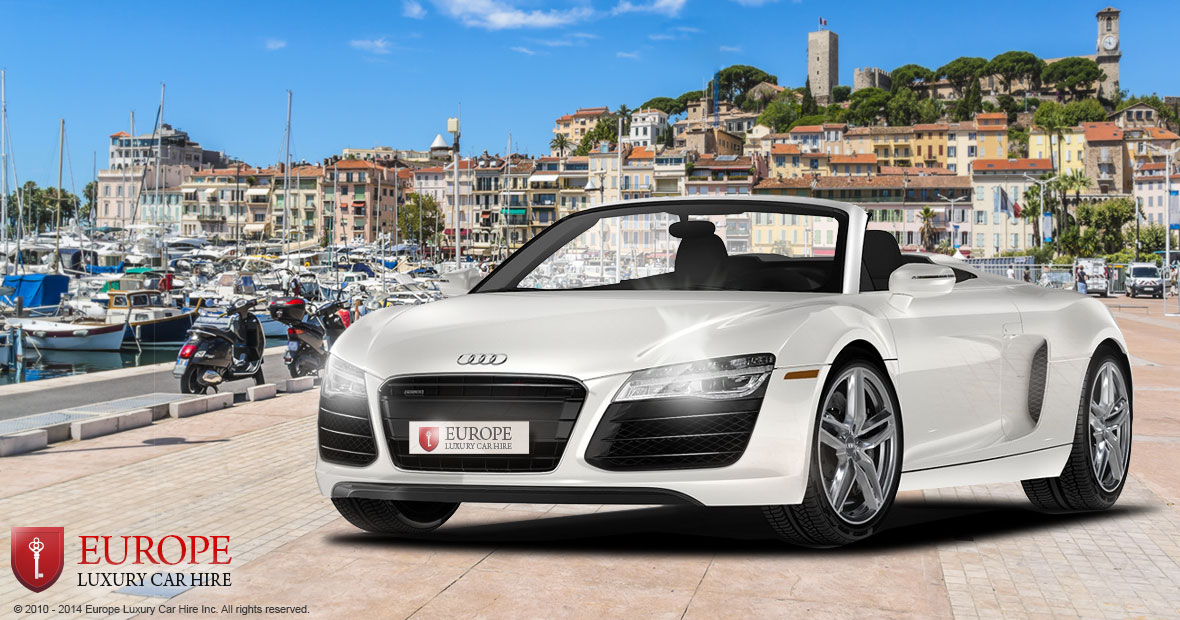 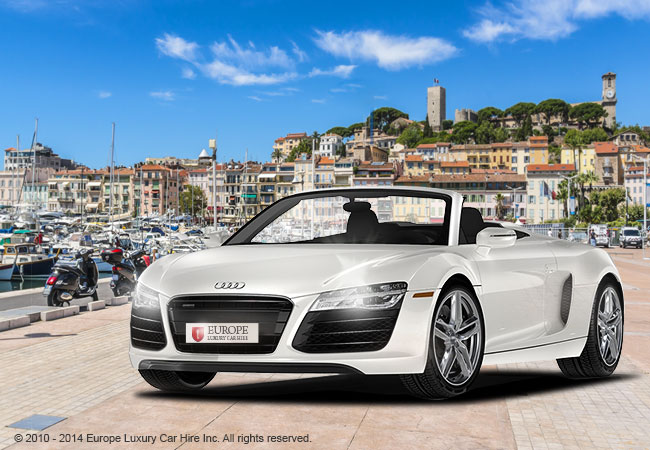 Pushing the Limits of Style on the French Riviera

With endless allure, the Côte d'Azur oozes glamour, exclusivity and sophistication. Stretching along south-eastern France’s Mediterranean coastline, this jaw-droppingly beautiful haven of the rich and famous is the perfect place for a long weekend road trip.

A Riviera road trip is about more than getting from A to B, it is about entering a world of timeless luxury. Hire an open top sports car, a powerful supercar or a luxurious SUV, and enjoy a three-night journey from Cannes, through Grasse, Antibes, St. Paul de Vence and on to Monaco.

The direct distance from Cannes to Monaco is only 55km, but once you hit the winding cliff top roads to enjoy the breathtaking panoramic views of the crystal clear med, it will feel like you have travelled so much further. 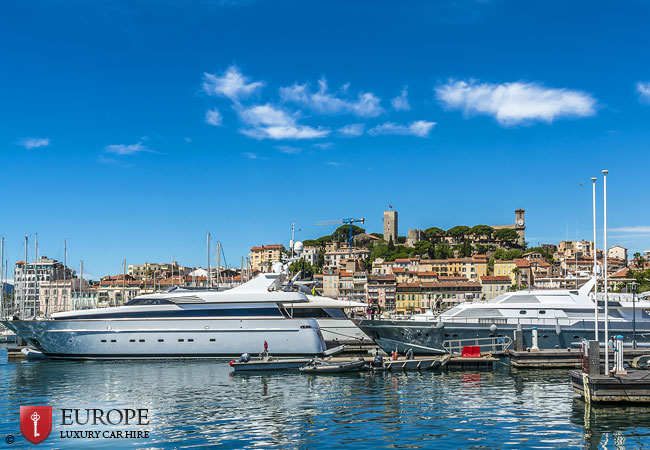 The former fishing village that is now the Riviera’s most luxurious beachfront resort, Cannes is famed for its luxury boutiques, restaurants and hotels, and of course its glamorous nightlife.

People watching and star spotting on the Promenade de la Croisette is a perfect way to spend the afternoon, as is lounging with the beautiful people on Cannes beach, one of the finest on the Riviera.  If shopping takes your fancy, luxury boutiques are found between La Croisette and Rue d’Antibes, where you will also come across some of the finest chocolatiers and delicatessens in France. 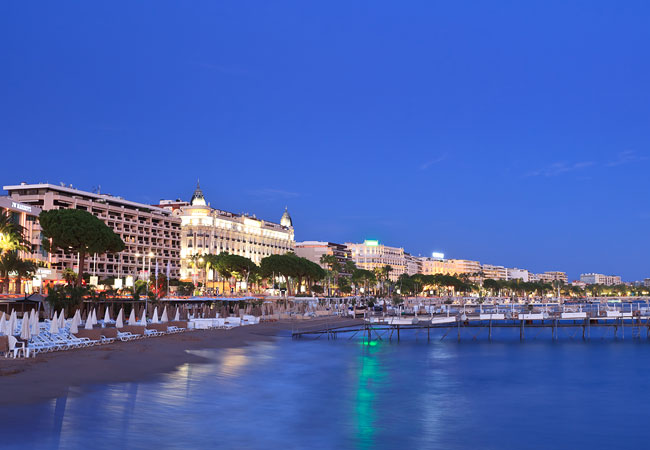 Evening dining is recommended in the fabulous Palme D’Or, one of Cannes’ most exclusive restaurants, located on the first floor of the Hotel Martinez, whilst the Intercontinental Carlton Hotel, one of the mainstays of Cannes and a place accustomed to entertaining the most exclusive of guests is the pinnacle of classic luxury accommodation. Service here is second to none, and located in the heart of La Croisette, the Carlton boasts its own private beach as well as the legendary Carlton Bar and Terrace.

For the best views in town, splash out on one of the Prestige Suites located on the hotels’ seventh floor.  Overlooking the Bay of Cannes, the suites are sweetly named after various stars that have stayed there, including Sean Connery, Grace Kelly and Carry Grant and guarantee you a night of unparalleled luxury. 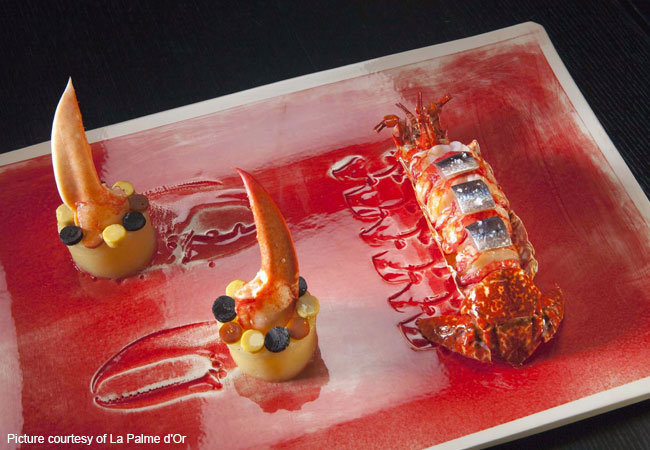 Grasse is your second port of call, just over 12km inland from Cannes. Here you can savour the clean air and fragrant aromas of a town whose world-renowned perfume industry has been attracting ‘noses’ (les nez) from across the globe since the mid-18th century.  Several of the perfumeries offer tours, including the world’s third oldest perfume company, Galimard, established in 1747, and Fragonard, whose historic factory lies in the heart of the Old Town.

At the Maison Molinard, you can even partake in a Tarinology (perfume making) Workshop, to learn the art of perfumery and create your own personalised fragrance.

Tantalise your senses further with lunch at La Bastide Saint-Antoine, a Michelin starred restaurant owned by chef extraordinaire Jacques Chibois, whose imaginative fusion of tastes and aromas has created arguably one of the finest gastronomic experiences in France.  Situated within five hectares of lush greenery and olive groves, you can wander through the gardens or sit back and enjoy the fragrant scent of jasmine, mimosa and orange blossom, all the while treating your eyes to the fabulous views of the Bay of Cannes and the surrounding countryside of Provence. 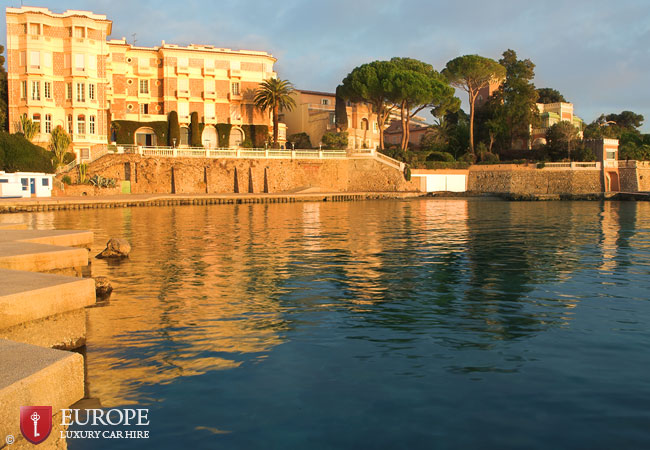 Your Riviera jaunt continues with a 24km journey back down to the coast and the ancient port town of Antibes.  Founded as Antipolis by the Greeks in the 4th century BC, Antibes later flourished under Roman rule. Fortifications by the kings of France in the middle ages have left the town with distinctive star shaped ramparts, which are perfect for a lazy afternoon meander.

Follow the ‘Painters Trail’ and walk the path of some of France’s greatest painters including Picasso, Boudin and Monet, or marvel at the spectacle of the extravagant mega-yachts that line the luxurious harbour on the way to the dramatic 16th century Fort Carre.

Nearby Juan-les-Pins is the place to go for a night at the fabulous art deco Hotel Belle Rives, a real jewel in the crown of the Riviera.  A boutique hotel that is the epitome of 1930’s elegance, the Belle Rive’s location on the shores of the Mediterranean Sea makes it the perfect place to wind down, whilst the hotel’s three Michelin starred restaurant, La Passagere, with famed chef Pascal Bardet at the helm is an outstanding place for your evening meal.

The final day of this whistle-stop tour first takes you 17km inland to Saint Paul de Vence, a beautiful medieval village full of quaint boutiques and cafes. Perched on a hilltop between two deep valleys, it is easy to see why this town has long been a source of inspiration for artists and poets.  After a stroll around the villages’ narrow streets, take time for a relaxed lunch on the terrace of the four-star Le Saint Paul hotel, before heading on to Monaco. 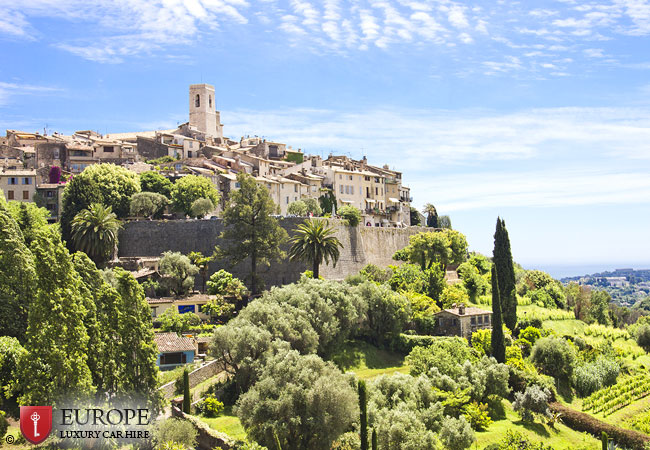 Monaco: The epitome of luxurious living

The drive into Monaco reveals scenic views of a city built into the hillside that seemingly flows into the brilliant waters of the Mediterranean below.  Home to over 2000 millionaires, Monaco is the epitome of luxurious living, and the best way to vacation here is to stay in one of its most exclusive hotels; either the Hotel De Paris or the Hotel Hermitage.

For the ultimate in lavish luxury, the best suites of the Hotel De Paris are the Charles Garnier and Winston Churchill Diamond suites, costing $9,642 and $15,250 respectively per night.  Begin your afternoon with a visit to the Prince Palace and the Cathedral, drive the circuit of the F1 Monaco Grand Prix in Monte Carlo or relax on either Larvotto Beach or Monte Carlo Beach.

Your trip won’t be complete without a foray into gambling at one of the city’s glamorous casinos; the iconic Monte-Carlo Casino and Opera House, in its grand marble building, is as luxurious as they come, whilst the Le Louis XV restaurant, fronted by chef Alain Ducasse, at the Hotel de Paris is the only place to dine.

Nice-Côte d'Azur Airport or Mandelieu Airport are the most convenient arrival points for a visit French Riviera, located approximately 42km from Cannes. Our clients enjoy an exceptional service from the moment they arrive, and whether you favour a classic sports car, a large open top convertible or an exotic saloon, you will find ELCH cars to be carefully maintained and in impeccable condition.

Push the limits of style and luxury in this millionaire’s playground, and rent one of Europe Luxury Car Hire’s prestigious vehicles on the French Riviera.