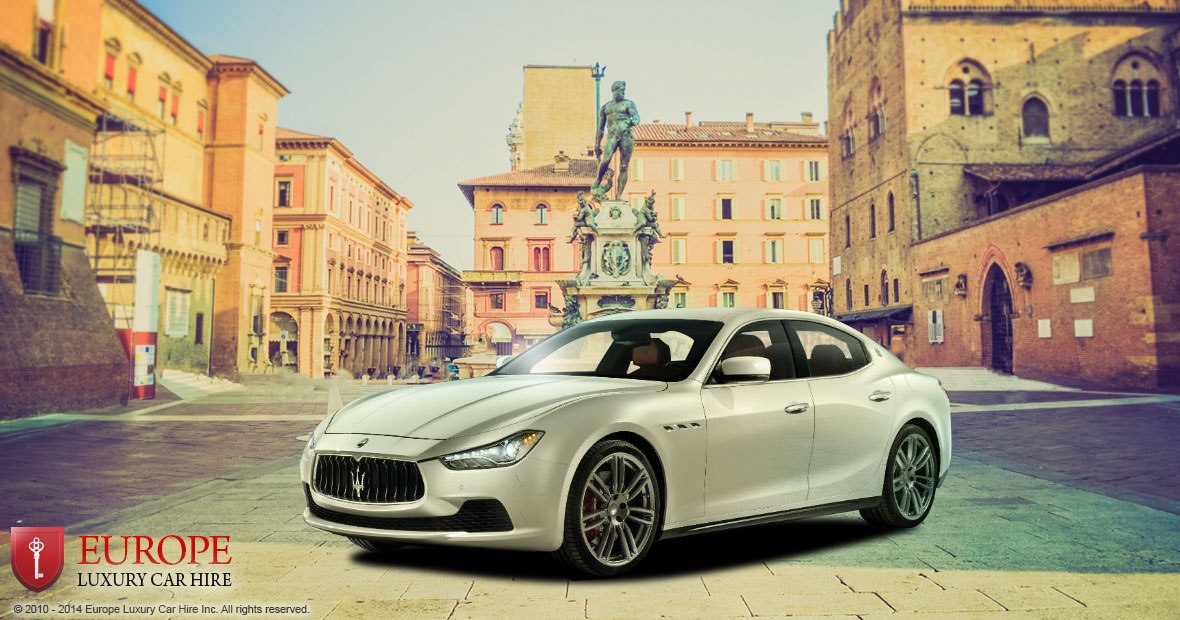 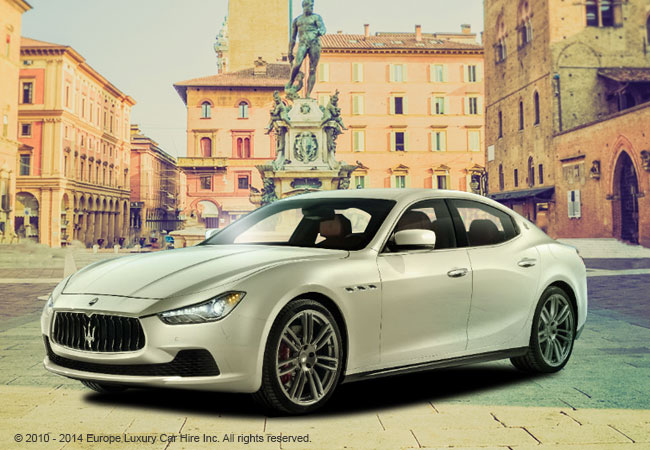 Modena, the Mecca of the Italian Sports car

It is hard to believe, but within about a 30-mile radius of this region of northern Italy lie the workshops of several of the most coveted sports car brands, where talented engineers lovingly hand craft some of the world’s favorite sports cars.

This motorcar wonderland is the place to go to tour the factories and to test-drive the supercars of your dreams.  So if names like Ferrari, Lamborghini, Maserati, Pagani and De Tomaso quicken your pulse, then Modena is the place for you. 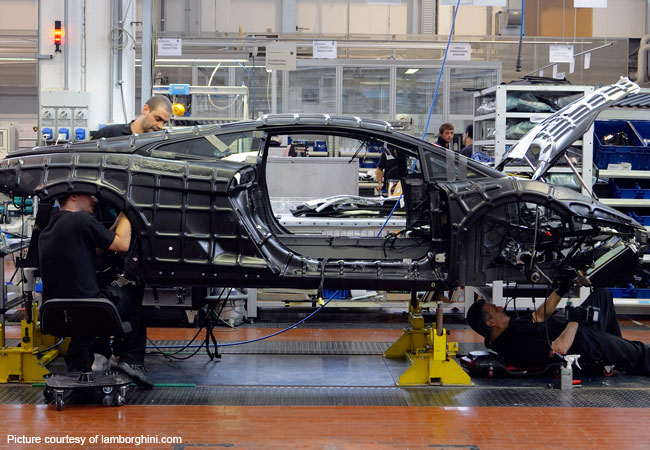 Since the late 1940's, Modena has been an important center for the Italian automotive industry, and the concentration of so many car manufacturers has lent the region the nickname of "Motor Valley". So great is the motor industry’s influence in the area, a car designer even designed the region’s trademarked balsamic vinegar bottles.

Located in the prosperous area of Emilia Romagna in the Po Valley, take to the road for your own "Grand Tour" - the origin of the term GT, used to describe luxury high performance cars - and enjoy life the Italian way - La Dolce Vita.

Modena's name is intrinsically linked to its most successful native son, Enzo Ferrari, whose brand of car is synonymous with power combined with luxury.

See his impressive car collection on display at the recently built Museo Casa Enzo Ferrari, which showcases both Ferraris and brands such as Mercedes and Maserati. Highlights include the collection of Formula 1 racers, including the classic 1949 166 MM Barchetta and the million-dollar 2002 Ferrari Enzo road car. The museum's yellow roof and wave-shaped building are designed to recall the dynamic styling of these iconic racing cars. 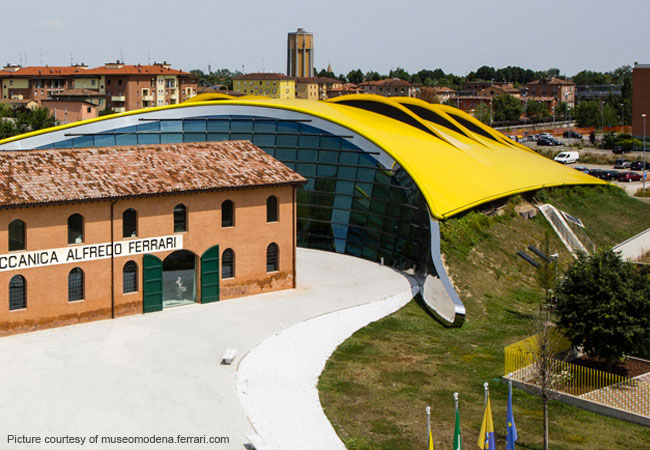 In Maranello, just a few miles out of town, you can visit Ferrari’s Museum and factory.  While the Museo Casa Enzo Ferrari covers the development of the Ferrari since the 1940's, this museum focuses on the R&D of the next generation of Ferraris.  See what goes on "under the hood" of the newest concept car, as well as recent models such as the Ferrari F399, the 1999 world cup winner for the Constructors' Championships.

The ticket price covers entrance to both attractions, and in Maranello, by appointment only, you can even test-drive one of the cars in the factory. Maranello based companies such as Pit Lane Red Passion and Pushstart also offer test drives in a Ferrari, as well as Lamborghinis and other brands. 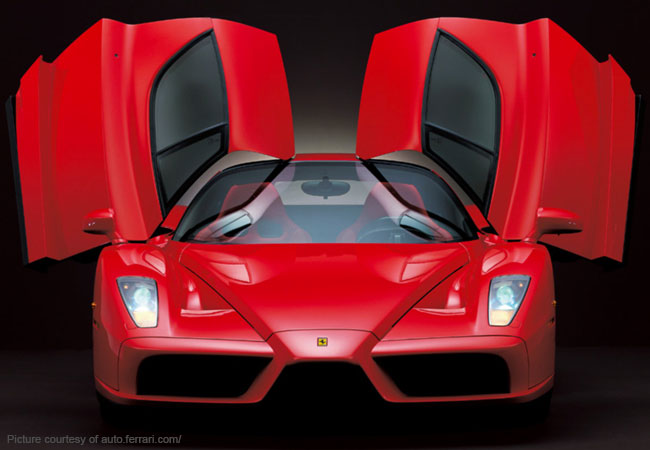 At the Lamborghini factory in Sant’Agata Bolognese, follow the steps of the creation of the Lamborghini Gallardo LP 560-4 and other handcrafted masterpieces of speed and beauty on a pre-arranged guided factory tour, or pay a visit to the Lamborghini Museum (possible during factory opening hours) to see an impressive array of vintage models, including the Lamborghini 350GT.

You can also visit the lesser-known but equally exclusive factory of Pagani, manufacturers of the Zonda and the Huayra, the undefeatable winner of Top Gear's Test Track challenge. Appointments to the factory must be made at least seven days in advance.

Meanwhile, the Righini Collection, located near to Sant’Agata Bolognese, is the place to go for an impressive display of vintage Alfa Romeos, including the rare Chiribiri racer that broke the world speed record in 1915. 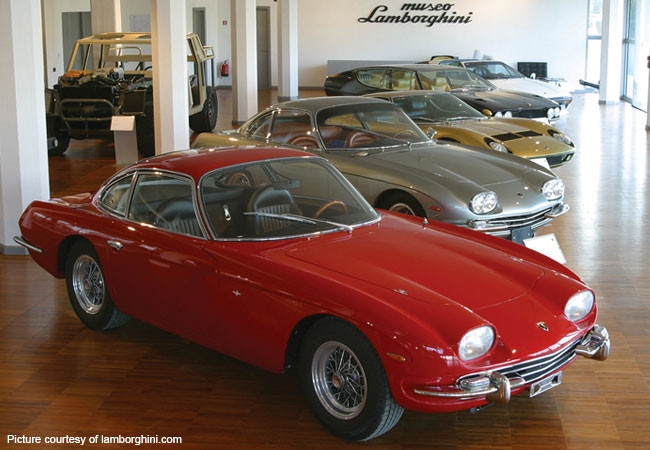 For fans of classic racecars, the Stanguellini Museum in Modena is an automobile heaven, tracing the history of the Stanguellini family and the racing cars they worked on, including the 1963 Stanguellini-Guzzi Colibr.  Bookings must be made in advance, and you can contact the museum directly by email.

Modena is also home to the De Tomaso Museum, celebrating the recently defunct racing car brand that was once owned by celebrities such as Elvis Presley, and displaying classic cars such as the De Tomaso Pantera and the 1993 De Tomaso Guarà, the last car to be produced by the company.

A short drive outside of Modena, in a farmhouse close to the Milan-Napoli highway, you will find the Umberto Panini Museum of Vintage Cars and Motorcycles.

This unofficial Maserati museum displays rare models, including one of twenty seven existing 1963 Maserati 6CM’s. The farm is also a working dairy farm, owned by the Panini family, so you can kill two birds with one stone and treat yourself to some authentic Italian Parmesan cheese.