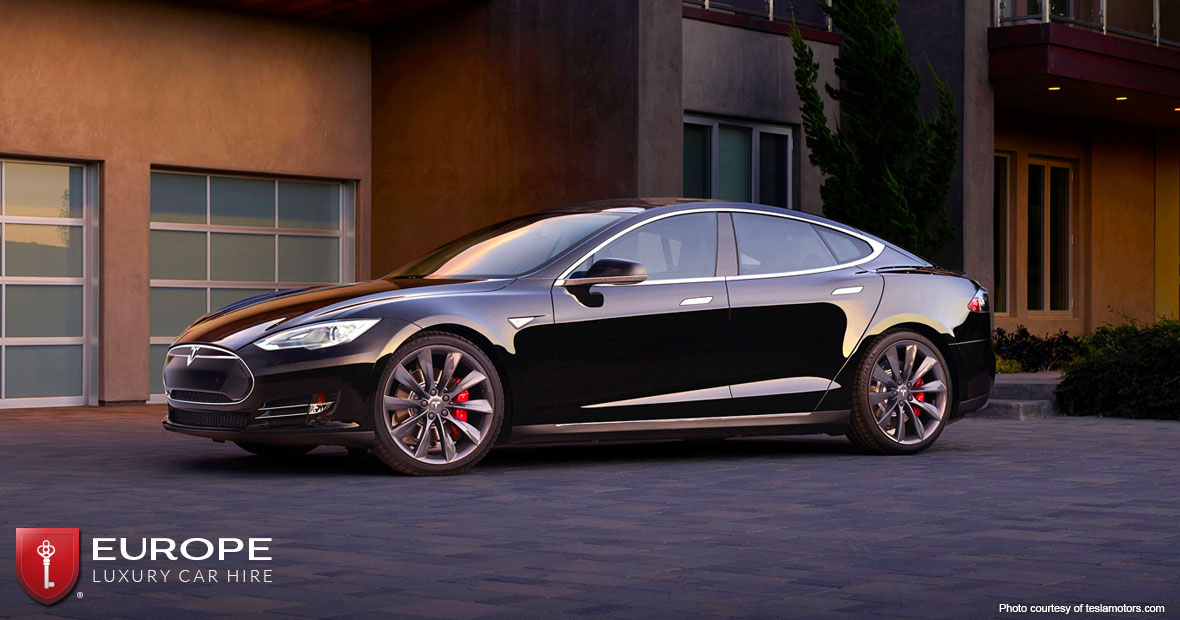 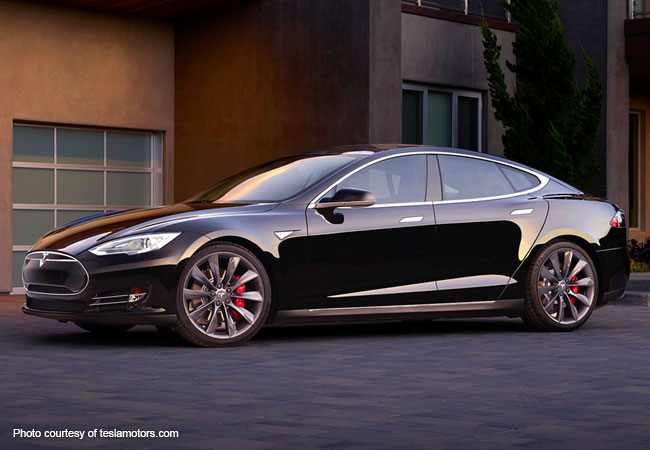 In a three part series, Luxuria magazine will be conducting an insightful look into the best and most exciting electric/hybrid cars that are expected to revolutionise the automotive luxury car industry.First up: The Tesla Model S.

The Model S is thoroughly innovative and ingenuitive, and has left the automotive industry in its wake. The first car ever to combine a complete 0 emissions, pure electric motor with the groundbreaking speeds of a supercar. Here is the story of the uncompromising Tesla Model S. 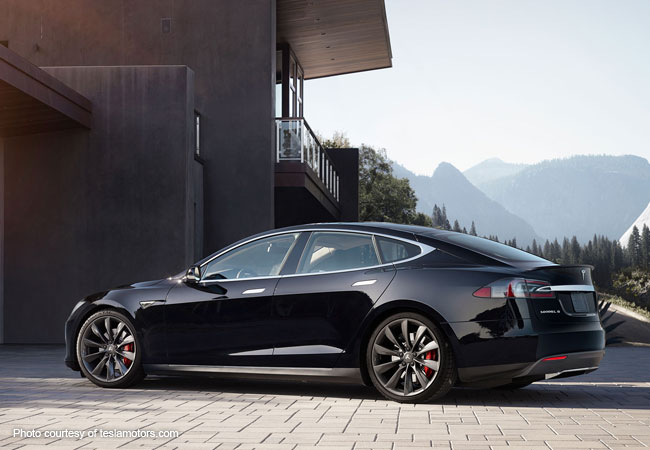 The Model S has evolved since its introduction in 2012. During its research and preliminary development stages it was tagged the “WhiteStar”, later evolving into the Tesla Roadster. Today, the Model S is a full size, luxury liftback sedan. It sure looks ordinary, but look a little deeper and you will quickly realise this sedan is anything but. Available in the 85 kwh Performance model, it has a battery life of 510km, fuelled by a 691 hp dual motor, comprised of 221 racing horses at the front and another 470 in the rear. The INSANE mode will take you to 100km/h in a gravity defying 3.2 seconds and onto a top speed of 250 km/h, without an ounce of petroleum coursing through its motors. 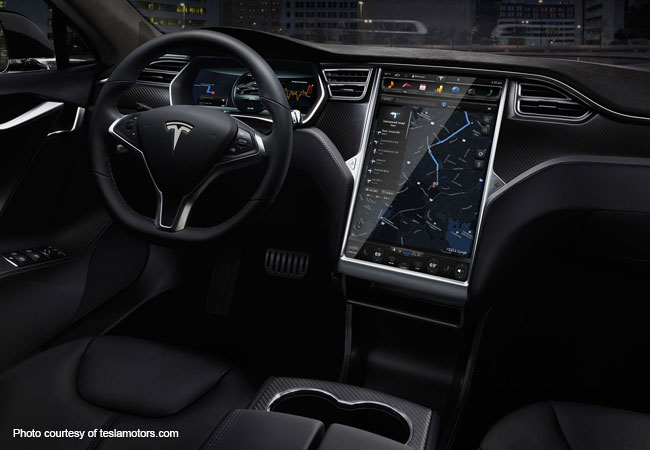 Under its current construction, the Tesla Model S is the brainchild of Elon Reeve Musk, an enigmatic and larger-than-life character. With the motivation that “multi-planetary life may serve as a hedge against threats to the survival of the human species” he founded  ‘SpaceX’, the first commercial interspace private venture to develop and manufacture space launch vehicles. Thus, the aspiration to fill our motorways with pure electric cars, primarily powered by solar energy, was relatively small fries. Musk, already an early investor of Tesla Motors, soon after assumed the role of CEO and product architect, with the stated aim of revolutionising the automotive industry to a greener platform.

Tesla Motors has achieved high records in sales for the Model S. Many have been pre-ordered, particularly in Norway and California. It has set the ground ablaze having won a long list of awards and titles, including the 2013 World Green Car of the Year, Automobile Magazine's 2013 Car of the Year and 2013 Motor Trend Car of the Year. It was voted as the ‘Best 25 Inventions of the Year 2012’ by Time Magazine and the ‘Top-scoring car ever’ by Consumer Reports. Having left no stone unturned it has picked up awards for a wide and varied range of automotive hallmarks; such as fuel economy, road safety, environmental coefficients, driver satisfaction and just generally “best overall”, in case that was necessary. 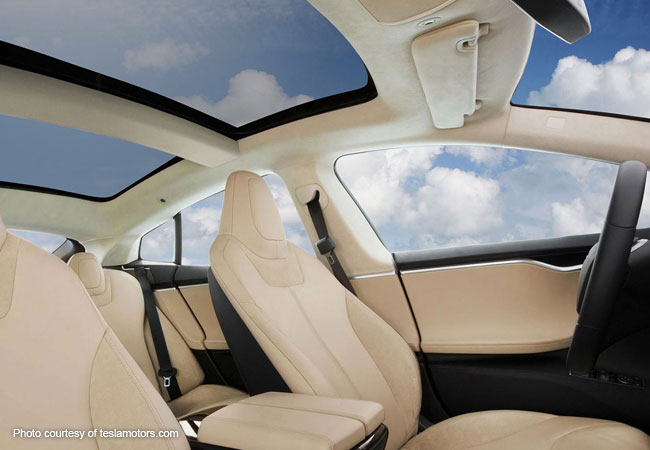 The plain and simple ease-of-use and convenience of the electric battery is a large part of what has made the Model S such an overall success. The charger accepts 120 or 240-volt sources at up to 10 kW with an optional upgrade that will support 20kW. Supply is from a 100 amp wall-mounted charger, that is installed in your own garage. Leave it powering up overnight, and you’re good to go in the morning. With power stations expected to be common place in the next few years, the Model S is expected to be used for long haul travel across continents. 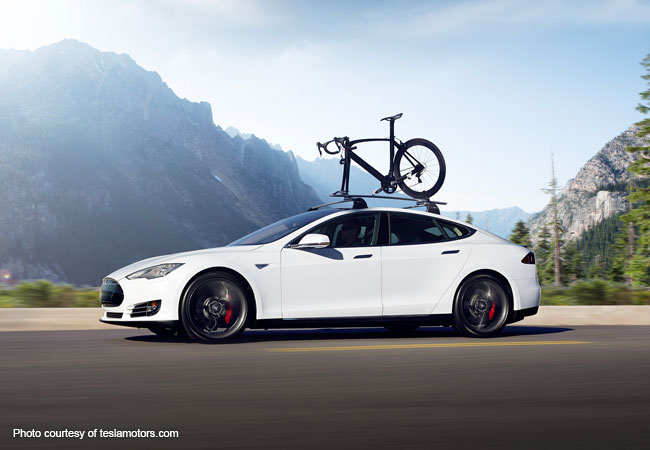 To achieve an engineering feat of this magnitude, requires thinking from the ground up and breaking through conventional practice. Musk explains that it’s all about the physics: “...boil things down to their fundamental truths and build them up from there, rather than reasoning by analogy (imitating others), in order to do something new”.

The Model S is now Tesla’s flagship car. With deliveries across the globe, cumulative global sales have reached a surplus of 46,000 models. Its maximum price is €110,950 for the top of the range Model S 85 Kwh Signature Performance. With all this well under way, it is safe to say that the sun may never set on the Tesla empire - but rather fuel it.