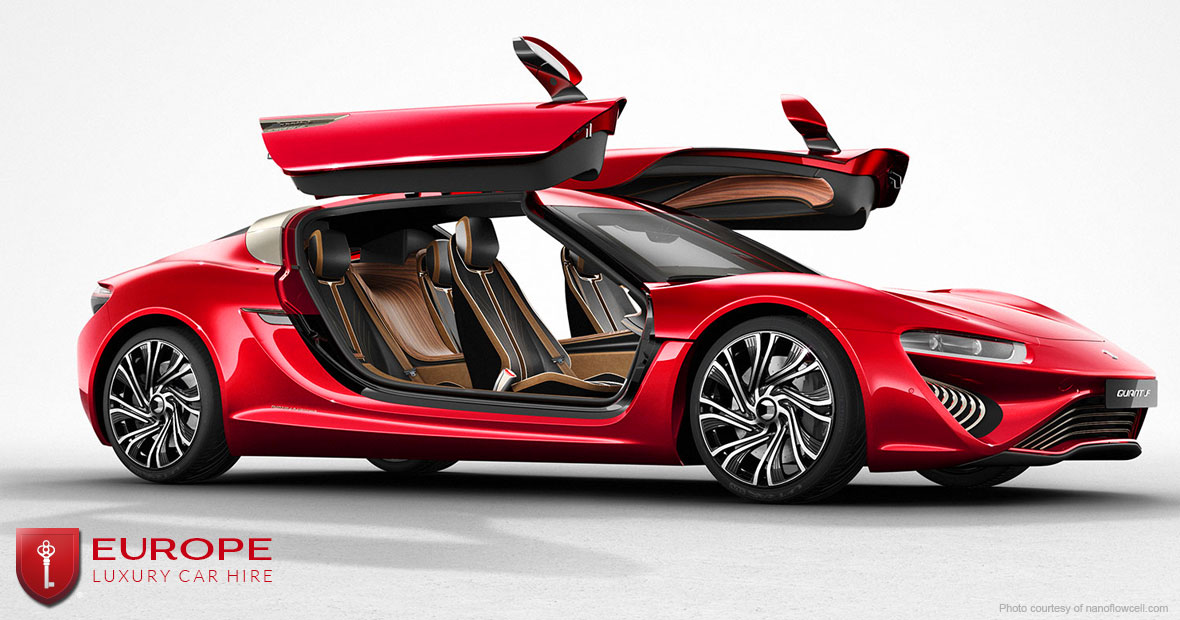 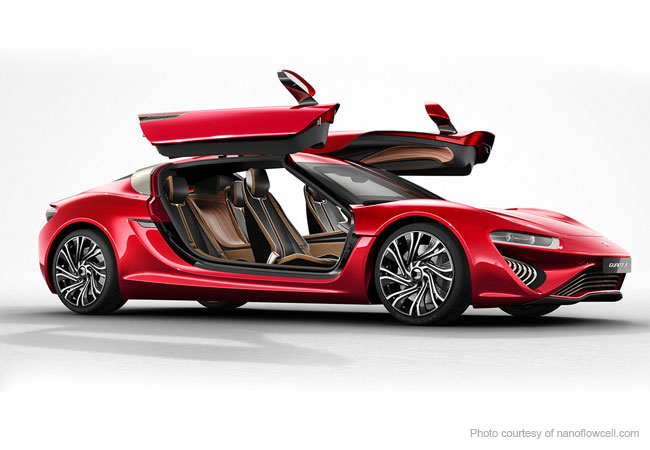 The car of tomorrow has arrived, are you ready for it?

In Luxuria's previous edition we initiated our three part series into the best and most exciting electric cars that are expected to revolutionise the automotive luxury car industry. Next up: The NanoFlowcell Quant F. 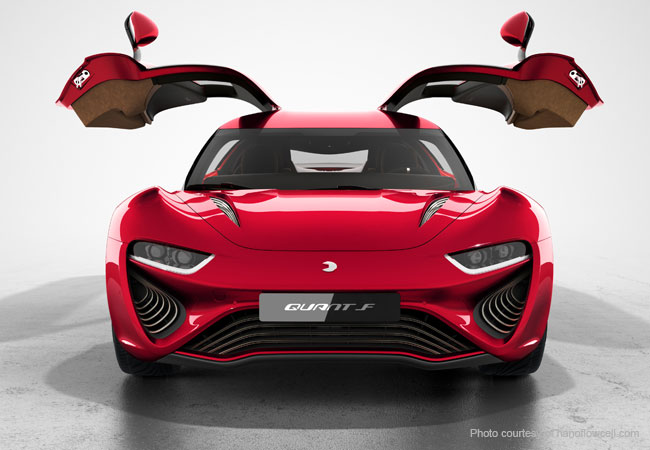 Far from being a potentially graphic swear word, the Quant F derives its name from the four electric motors that combine to deliver a whopping 1075 bhp output and a maximum rated voltage of 735V. While tagged the "Quant E" by automotive journalists to focus on the fact that this is a pure electric vehicle, its designers preferred the signature "Quant F". 'F' stands for 'flow', emphasizing the genius of the nanoFlowcell battery. 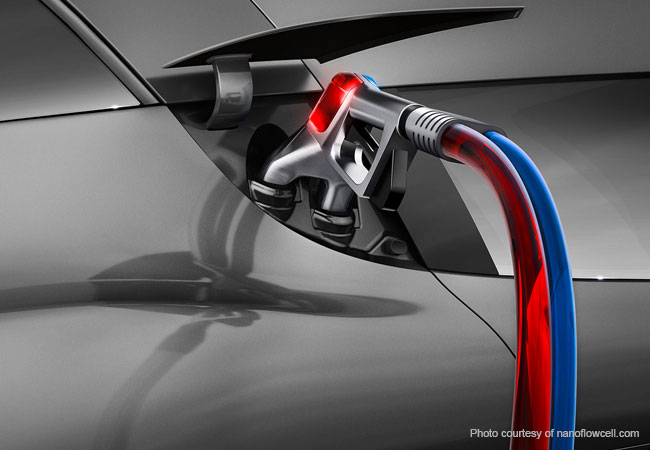 It’s the science behind the car's mechanical engineering that really makes this electric vehicle stand out. Unlike other standard cars that combine hydrogen and oxygen in a conventional battery, NanoFlowcell uses an alternative powertrain operated with ionic fluid. Nunzio La Vecchia, Chief Technical Officer explains that the car is powered by two ionic fluids, one with a positive charge the other with a negative charge. The benefit of storing the energy of the drive in fluid is that all the cavities in the vehicle are utilized to hold the ionic battery, without the fear of the fluid being flammable or toxic. Vecchia believes it is this engineering design that makes "this car enormously powerful, environment-friendly and unique - all in one". 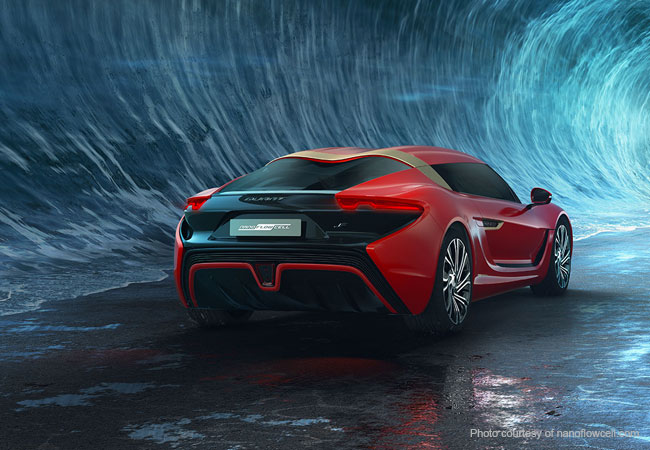 Certainly these unique fuel cells seem to make all the difference. The ionic liquids are capable of storing energy at greater density than standard batteries and it is the chemical reaction between the liquids that powers the electric motor. The results are fruitful, achieving speeds in excess of 300kmh and a maximum range of 800km (497 miles) - results far ahead that of Tesla. If that's not enough - the car can be refueled in mere minutes, rather than hours, as is standard with other electric cars.

Not surprisingly, the Quant F has been well received since being recently unveiled at the 2015 Geneva Motor Show. Aside from its astounding top speeds, it is supposedly capable of racing to 100km/h in just 2.8 seconds – take note, that's a record that Ferrari still has to match. Yet not to be all guns blazing, this supercar has its practical value as a four seater and with a smartphone app from which you can control an array of functions, such as entertainment and car analytics. There is also the undisputed fact that this car just looks so darn good, with its futuristic racing design and a 1.25m wide display, spanning the full length of the dashboard. 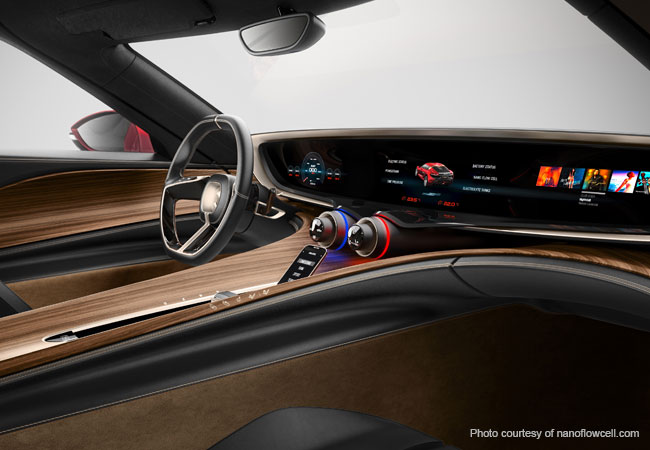 Yet, with all these astounding highlights I can't help but wonder whether at the end of the day this car represents a hot air balloon of quixotic bravado, as its roll out onto standard highways doesn't seem to be practically considered. With the Quant F's unusual ionic fuel intake, there are not many places where you can recharge this revolutionary car. While NanoFlowcell have advised the ease of retrofitting gas stations, in truth, that's a project on a multinational scale, requiring collaborative effort across the entire infrastructure.

Refueling is a critical factor, yet I refuse to believe that it necessarily has to mark the end of the Quant F. For the current time the car may not have practical value, but the ionic flow cell battery, the inherent soul of this car, is highly impressive. With sufficient international government willingness, the production of ionic fuel can be easily implemented on a mass scale with existing engineering knowledge. Made available without the danger and damage that comes with mining, manufacturing and transporting petroleum fuel throughout the globe. 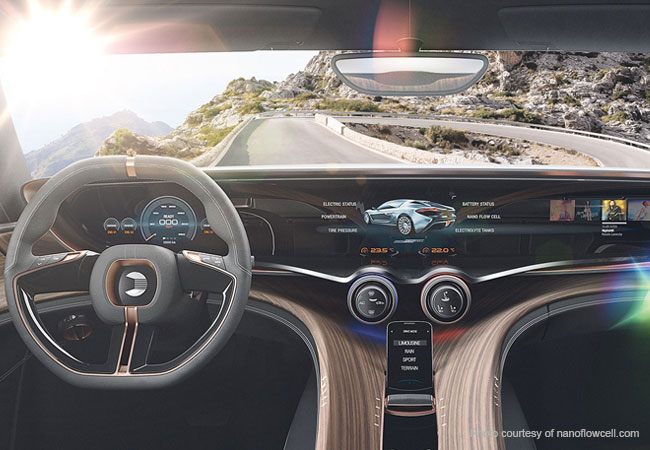 NanoFlowcell already intends to incorporate their fuel cells to power aircrafts, domestic appliances, ships, trains and commercial vehicles - with no damage to the environment. The opportunities for using this technology is truly endless, the value, limitless. The world may not be ready for the Quant F today, but if we push in the right direction we will be in the future. Dream big.