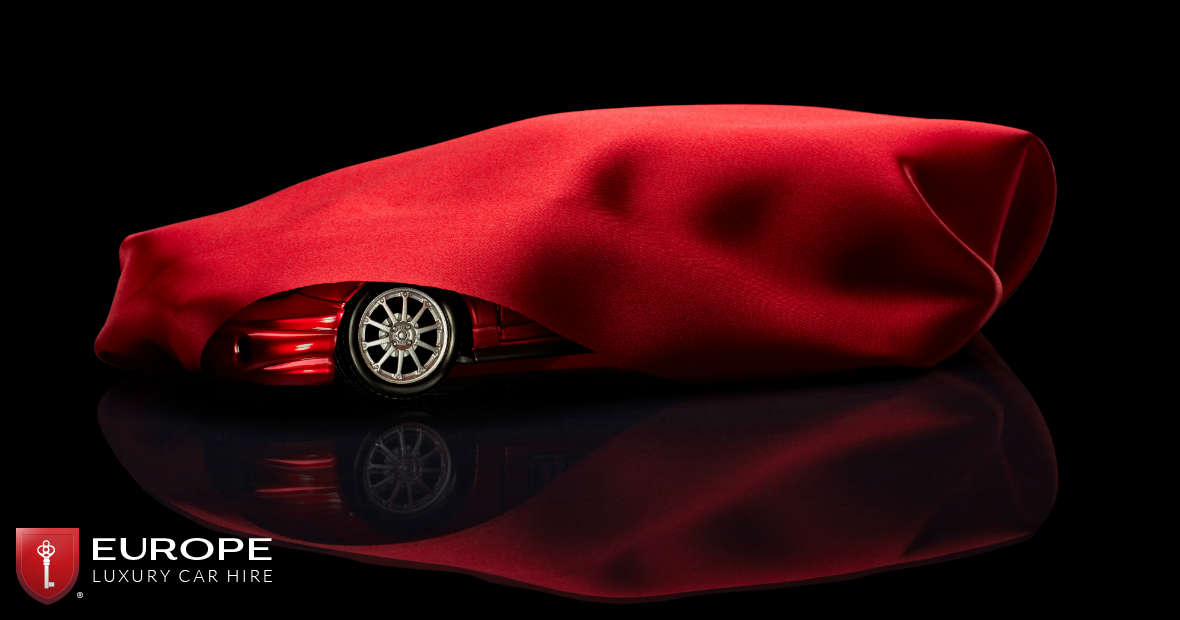 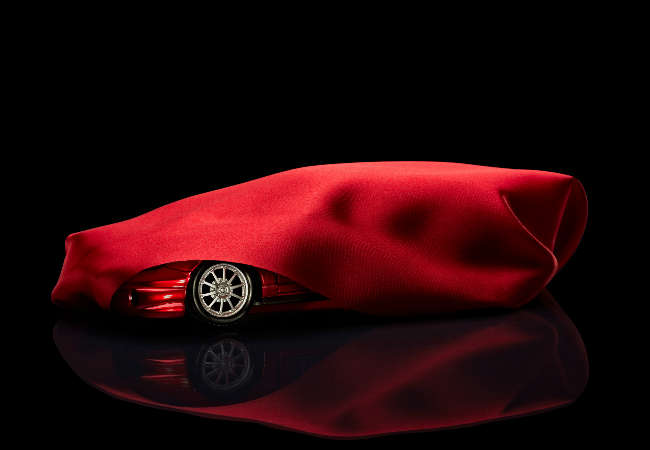 Revv up your engines and get ready for the most exhilarating metal unveiling event of the year, the 66th International Motor Show (IAA) to be held this upcoming September 17th to 27th in Frankfurt am Main, Germany.

Under the slogan  “Mobility connects”, this year’s Frankfurt show will be spread across twelve buildings, making it the largest motor show in the world. With exciting unveilings and fun special activities in store, the show is already shaping up to be an exciting event this year.

As you cruise along the roller-skating-friendly halls of the Frankfurt Motor Show, grey-suited car execs and pretty young ladies dressed in very short and tight dresses will compete for your attention. These well dressed representatives will leap and shout trying to entice you towards their latest, greatest and most talked-about new models. Don’t let yourself be dragged aimlessly, but rather design your own plan to make the most out of your time at the show. Make sure you have a clear idea of what you want to see. To help you, here is a guide of what is expected to be unveiled: 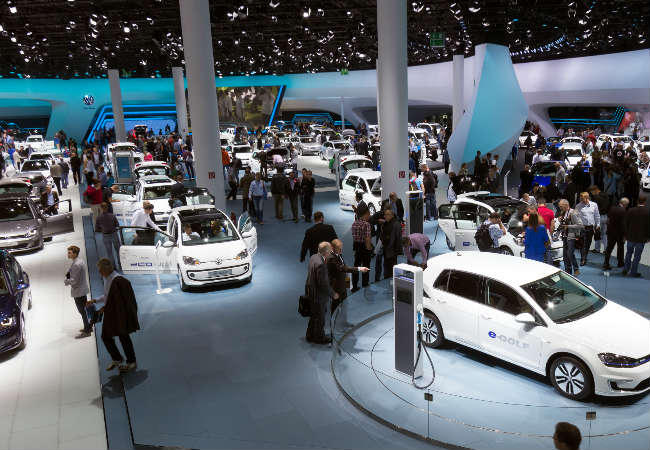 The 2016 Ferrari 488 Spider with a Turbocharged V8 engine is one at the top of our list. Announced to come in prancing to its debut, Ferrari’s most aerodynamic convertible yet will have drivers rocketing off at 327 km/hr and from 0 to 100 in just 3 seconds. 50 lbs lighter that a comparable soft top, the new Ferrari promises to be incredibly fast and powerful. Hold on to your hats though, because this car is not only astonishing under the hood, but its exterior is jaw-dropping as well. A series of complex vents, wings and curves designed to reduce drag, are matched beautifully with its power-retractable hardtop, which folds up or down in just 14 seconds. 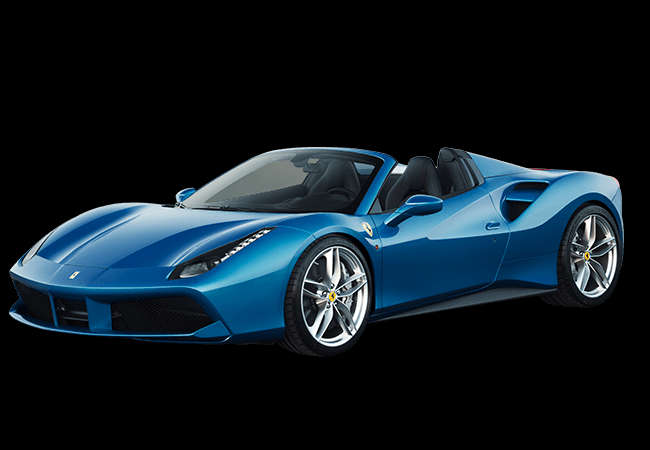 We have already heard from Alfa Romeo that the drop-dead gorgeous sports sedan Giulia will make its first appearance at the show. With a 510-horsepower turbo V-6 and great Italian flair, this Alfa Romeo will certainly draw the crowd’s attention.

You undoubtedly will want to keep an eye out for the much anticipated Bentley Bentayga. After months of speculation, Bentley will finally raise the curtain to reveal its £130,000 luxury SUV. With secrecy being Bentley’s motto when it comes to the launch of its SUV, there is not much we know for certain about the Bentayga, except for what we have learned from a leaked 1:18 scale model produced in China. We know that the Bentley Bentayga resembles a stretched and heightened Flying Spur, exuding the elegance worthy of a car bearing the B badge. We speculate the Bentayga will feature the same twin-turbo V-8 from the rest of the Bentley range under its hood, with the potential for the odd ball W-12 available on upper models. 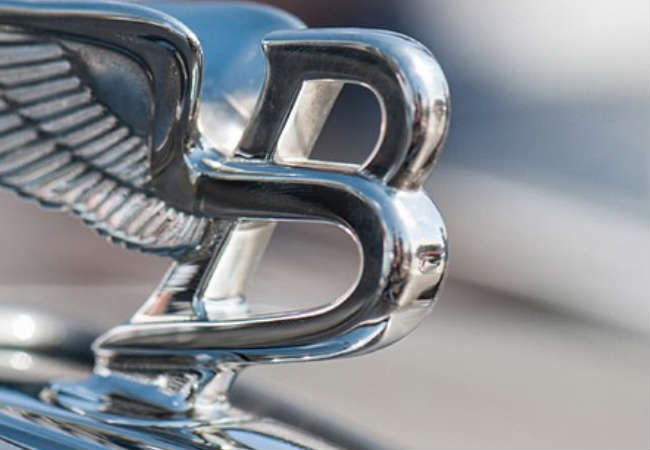 An open-top version of the futuristic Lamborghini Huracan, the Lamborghini Huracan Spyder is said to be making its way to Frankfurt. This is one supercar we’ve been anxiously waiting for. We imagine this new Lambo will carry the same 5.2-liter V10 engine as the coupe version, with the same 602 hp output and 413 pound-feet of torque driving all four wheels, forgiving a slight performance limitation for its sexy open-top experience. Will this new convertible feature the same fabric roof mechanism used on the Aventador Roadster, or will it contend with rivals like the McLaren 650S Spider and the new Ferrari 488 Spider which incorporate folding hard tops? For that, you’ll need to make your way to Frankfurt’s IAA and find out for yourself. 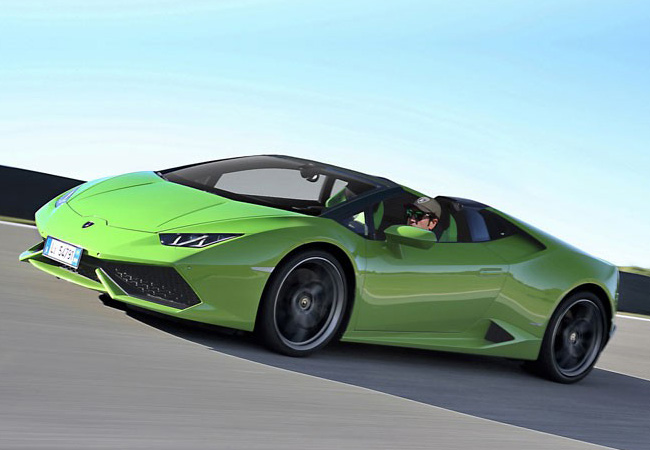 Maserati is also expected to introduce its first ever SUV model, the Maserati Levante. Although no official photos have been released, the folks at Maserati have given us plenty of hints as to what the SUV will look like. We know that the inspiration for the Levante comes from the Kubang concept car revealed at the 2011 Frankfurt Motor Show and that it borrows its platform from the Ghibli. This blend is likely to result in a clean design of a sleek and muscular crossover. For the interior, expect a two-tone dashboard, a large infotainment screen and a clean console. To bring some of Maserati’s racing heritage into this SUV, we should see a sporty steering wheel and instrument cluster. 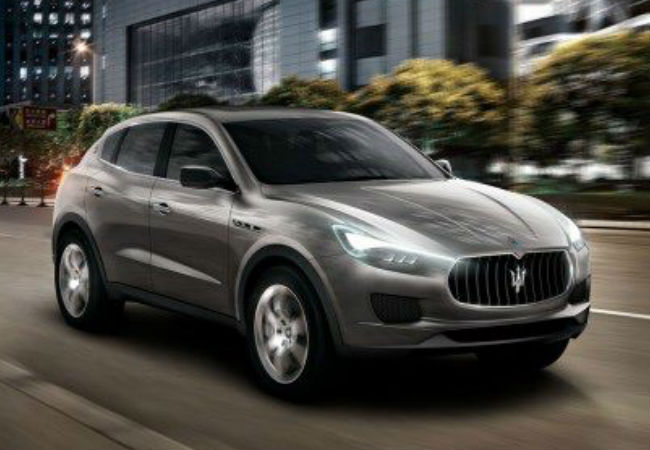 The Frankfurt Motor Show does promise to introduce some incredible new models, but it won’t stop there to bring visitors the most thrilling experience ever. An array of special activities taking place during the event will complement the motor show:

Experience (from the passenger seat) how your vehicle of choice performs on rough terrain on a demanding off-road course in the Off-road Vehicle Test Track, or test your vehicle of choice in public traffic at the Test Rides. For the past several years, the German Road Safety Council and AutoBild look for “Germany’s best driver” in the Germany’s Best Driver at the IAA initiative, where stunning prizes are awarded. See neck-to-neck duels on the digital Carrera Race Track. Participate in the inaugural sale of 80 historic sports and racing cars at the Coys of Kensington - Auction of Classic Motorcars. If you are visiting with the little ones, let them get their first driver’s license. At the Legoland® driving school, kids between the ages of 3 and 13 can get their first “driver’s license” using small electric cars. 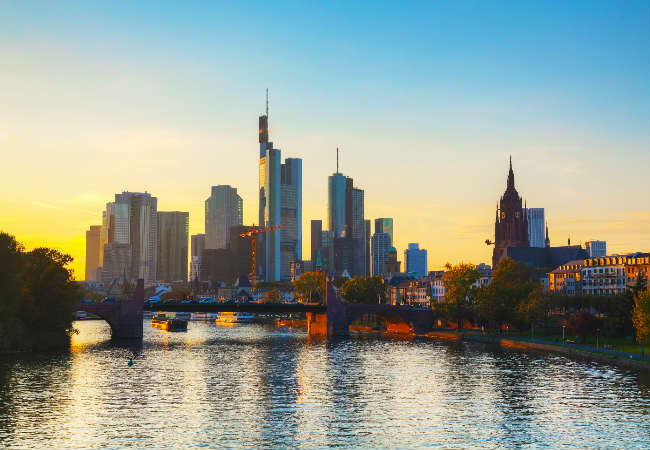 Join us to read more about the new top cars presented at the 2017 Frankfurt Motor Show.

Getting there and getting around

Now that your eyes are set on the Frankfurt Motor Show, we have prepared a friendly guide for first-timers, so you can do the show the right way. From how to get there and where to buy your tickets, to where to stay and what to eat, this guide will guarantee you’ll enjoy the show and your stay in Frankfurt like a true petrol head.

How to get there:

Fly into Frankfurt International Airport (FRA). Flights to and from Frankfurt Airport taking place between September 4th and October 4th can be booked through Deutsche Lufthansa and its partner airlines at a special rate available for Motor Show visitors and exhibitors  using promotional code DEZEXLC.

Once you arrive in Frankfurt, rent a Luxury car to travel to the IAA exhibition grounds. Follow the signs directing towards the IAA visitor parking lots, which are signposted by the event’s guidance system. Because the system responds dynamically to traffic and road capabilities, it is not advisable to use personal GPS devices.

1. Just 2.5 km away from the IAA grounds is the luxury, five star, Jumeirah Frankfurt Hotel, the largest hotel in Frankfurt. This sophisticated property is also conveniently located within walking distance from Zeil’s pedestrian shopping street and the iconic Main Tower.

2. 1.5 km away from the IAA grounds is Le Meridien Parkhotel Frankfurt, a luxurious historical property offering ultra-modern facilities and an idyllic location in the heart of the city at the Wiesenhuettenplatz.

3. Opposite a beautiful park and just 0.6 km from the IAA grounds is the Grandhotel Hessischer Hof, a luxurious 5 star hotel astonishingly decorated with valuable paintings, antique furnishings, fabrics and carpets and offering timeless elegance and superior luxury.

If you think Frankfurt and the only thing that comes to mind is a sausage, then you are in for a pleasant surprise. Our favorite restaurants to enjoy a culinary treat after a long day working or visiting at the IAA are:

2. Villa Merton: Located in one of Frankfurt’s most elegant quarters, Villa Merton offers world class food utilizing traditional ingredients such as olive oil and citrus fruits in favor of unique products like Japanese roses, beechnut and oil of wheatgrass.

4. Kobu: Mediterranean specialties are cooked on the open chargrill in the center of the dining room. Kobu is located in the splendid Opernplatz, one of the most prestigious addresses in Frankfurt.